I'd like to learn more about RJ--what should I read? Part 2: Restoring Racial Justice

The interests of both the racial justice and restorative justice movements overlap greatly. A consensus is growing in the U.S. that our criminal justice system is inherently racist. The authors note that “racially disproportionate arrest, conviction and incarceration rates reflect outcomes so racially biased” that the system has been called “The New Jim Crow” by civil rights attorney and legal scholar Michelle Alexander. They then make the case that restorative justice can be a means of diverting people away from this dysfunctional system by offering alternatives.

It is crucial for actors through the restorative justice movement to explicitly address racial issues so that the movement to act as both an alternative to state-imposed incarceration and a means for racial justice. The potential is there, but the work is only beginning to be done.

The article addresses two main areas where racial disparities are evident and proposes measures the restorative justice movement can take to redress the harm. The first area is disproportionate punishment and uneven sentencing primarily for drug related offenses among black and Latino men. The second area is the School-to-Prison Pipeline, which disproportionately affects black and Latino juveniles.

Area One: Disproportionate Incarceration and Punishment Among Black and Latino Men 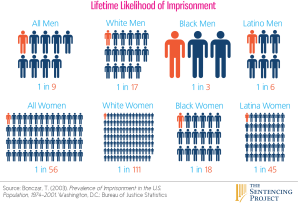 The fact that one in three black men can expect to spend time in prison during his lifetime is outrageous. The article also brought up the charges that bring these men to prison, many of which are drug related.

Studies fail to show meaningful difference in drug usage across races, but a disproportionate number of black and Latino men are locked up for significant periods of time for drug related offenses. When these men are released they are “forced into a subclass, often legally disenfranchised and deprived of voting, public housing, education, employment, and other citizenship rights” (Alexander 2010; Human Rights Watch, 2009). 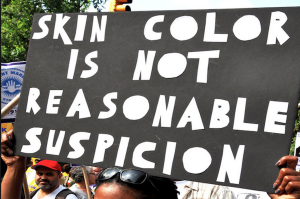 Law enforcement is also a large culprit of discrimination. The article explains how problematic policies like stop-and-frisk have proven to be. According to Cornell University’s Legal Information Institute (https://www.law.cornell.edu/wex/stop_and_frisk), stop-and-frisk entails “a brief, non-intrusive, police stop of a suspect”. The Fourth Amendment requires that the police have reasonable suspicion before stopping a suspect. They can only conduct a frisk, a quick pat-down of a person’s outer clothing, when they reasonably think the person is armed and dangerous.

Not surprisingly, the determination of “reasonable suspicion” made by police is far from objective. Bias and racism are inherent in stop-and-frisk policies. The author’s of Restoring Racial Justice present startling statistics:

The author’s of the article do not present a distinct solution to address Stop and Frisk, however, they propose the use of RJ alternatives to divert people from the criminal justice system. Since Stop and Frisk can lead to disproportionate punishment and incarceration, RJ alternatives are crucial.

Furthermore, policies like Stop and Frisk, which are intrinsically racist and do not deter crime should be done away with. In New York, a federal judge ruled that the Stop and Frisk tactics of the New York Police Department violated the constitutional rights of minorities in the city, but did not ban the practice. As you see in the graphic, increasing the number of police stops did not lead to a decrease in shootings, weapon possession, or murders: 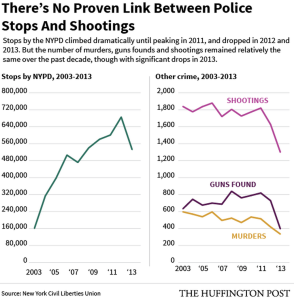 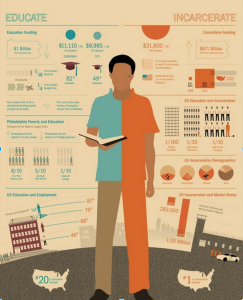 The School-to-Prison Pipeline is the “national trend of criminalizing instead of educating [youth]”. According to the article:

This is especially significant given that being suspended once in 9th grade doubles the dropout rate and a single suspension triples the chance of juvenile justice involvement within a year.

There are some organizations already doing important work to solve these problems in a restorative manner. The article presents different programs as models for how racial issues can be addressed through restorative justice.

serves a community composed of 97% persons of color. Their work in schools, neighborhoods and with law enforcement makes it so graduates are 60% less likely to reoffend. )Additionally, Baltimore’s Community Conferencing Program (http://www.communityconferencing.org/

School-based restorative justice programs have powerful impacts on disrupting the School-to-Prison pipeline. After adoption of school-based RJ, overall suspension rates in Oakland, California fell throughout the district by 52% in one year. 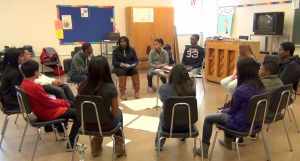 in Oakland emphasize dealing with racial disparities in their work. They specifically target disproportionate incarceration rates of youth of color and program graduates have a 11% recidivism rate.Restorative justice conferencing programs can also focus on youth who are becoming involved with law enforcement at a young age. Programs like Community Works’ Restorative Conferencing

Other restorative approaches work to disrupt systems of oppression through dialogue.

According to the article, “[The] persistent legacies of slavery and segregation are most evident in the U.S. criminal and juvenile justice systems.” Restorative justice and similar approaches can cultivate healing instead of maintaining oppression. For example, transitional justice initiatives allow people recover from historical racial injustices. The article notes, “Overlapping but not coterminous with RJ, transitional justice connotes a range of remedies available to countries transitioning from past human rights violations and also to those still divided by long-standing human rights abuse”. Transitional justice strives to transform historical and structural harm and allow from healing from past injustices.

is a dialogue initiative located in Virginia that seeks to heal the wounds of slavery and the resulting racial inequities. The initiative brings together the descendants of slaves and slaveowners to “expose and take responsibility for family ties to the slave trade, slavery and racism, and explore how we heal through dialogue, ceremony, the arts, apology, and social action." (quote from their website) Check out a powerful video from their website.Additionally, using restorative practices, such as holding conversation in circle, can break down barriers and promote understanding. Coming to the Table

In addition to programs explicitly dealing with race, how can restorative justice as a movement become more conscious of racial disparities?

“unlearning racism” components and tutorials on racialized mass incarceration and school discipline strategies as a standard part of all restorative justice trainings. It is tempting to gloss over race issues because they are too deep and controversial. However, the article argues that “failing to acknowledge and take action to address racial injustice allows legacies of slavery, genocide, and segregation to persist”. Ultimately, the movement’s work to repair racial inequities and the legacy of racism will determine the success of the movement. The article suggests incorporating 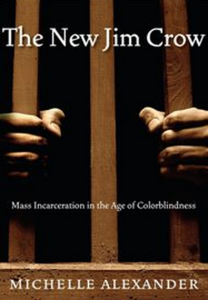 As restorative justice grows and flourishes, it is crucial that the organizations that make up the movement make a firm commitment to addressing race explicitly. Only through consciously confronting race-related issues can real progress be made. There is so much potential for change at the intersection of the restorative justice and racial justice movements.

Previous I'd like to learn more about RJ--what should I read? Part 1: The Little Book of RJ
Next NYTimes OpEd advocating RJ for campus sexual misconduct cases