The implementation of Restorative Justice as an alternative to our criminal justice system is difficult to achieve. Our society has become accustomed to the current process and is hesitant to make any changes regardless of how harmful the system may be. Of course, this is due to the narrative and understanding that has been embedded into this country which dehumanizes those who are incarcerated or those who have caused harm and seeks to punish rather than rehabilitate them. Society understands justice as retribution, an eye for an eye. This perspective has perpetuated a cycle of harm that primarily targets BIPOC communities with police violence, over policing of BIPOC communities, perceived criminality, racism, and inequalities across the criminal justice system. Additionally, the true purpose of the police and the criminal justice system as upholders of white supremacy and capitalism are largely ignored in favor of the belief that they are here to protect and to serve. As a society, we must ask ourselves: what are they protecting and who are they serving? Now, despite the clear issues with our criminal justice system, society is inclined to protect this system and many claim that Restorative Justice has too many issues that would ensure its failure. I’ve decided to review a few of the issues flagged by individuals in polls and such in order to provide a perspective on how RJ can be a successful alternative to the carceral system. 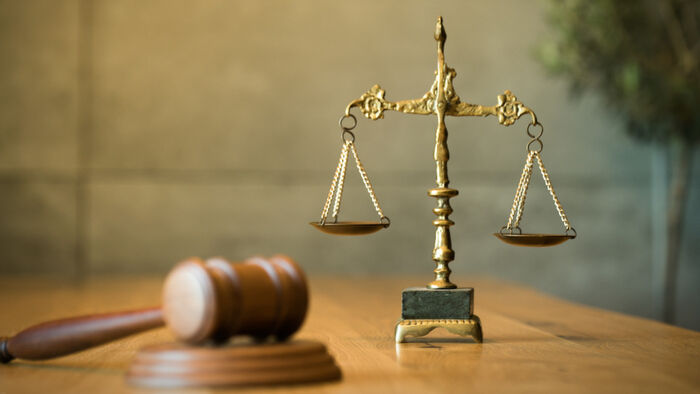 One of the main concerns is that the process of RJ would take far too long, leading to those involved rushing the process and therefore, no accountability being achieved. To fully respond to this concern, we must first provide a brief rundown of a criminal justice procedure: We begin with the occurrence of harm. For the purpose of time we will focus on a robbery, as other harms may call for a more extensive procedure. An individual proceeds to steal something from another individual. The person who was harmed then goes to the police and files a report in an attempt to retrieve their stolen items and catch the person who robbed them. A police investigation ensues with interviews of the person who was harmed and any witnesses and collection of evidence. From there, operating under the assumption that the police find probable cause, the individual who caused the harm is arrested. Now the prosecutor must decide if they have enough evidence to charge the individual who caused the harm. They are then charged with a crime and within 48 hours the individual appears before a judge. Bail is set and, since most individuals cannot afford to post bail, they are imprisoned. The court must then provide dates for further court appearances. From there, the defense and prosecution now have some time to review all documents and evidence to present their cases with all information possible. Once the case occurs, a verdict is reached and the individual either receives their sentence or is released. Under the Constitution, those who have been accused of a crime reserve the right to a “speedy trial” but this means anywhere from one to two months depending on the type of case. The trial itself may go on for over a year depending on what the charge was and many individuals choose to forego their right as they would like a stronger case. We must also take into consideration the fact that many people in the United States cannot afford a lawyer and are provided with a public defender who is most likely overworked and underpaid which could potentially lead to a plea deal regardless of criminality.

Now, the explanation above is a very brief rundown of our criminal justice system. This does not provide information on the harm that is brought unto both the harmed and the person who harmed during the trial. Nonetheless, it is clear that the criminal justice system already has an extensive, time consuming, and harmful process as many individuals who are arrested may not be able to afford and will be forced to await their trial while incarcerated despite the notion that everyone is innocent until proven guilty. This bail system benefits those who are privileged and wealthy as they can post bail and continue on with their lives while their case is built. Additionally, the case itself follows such a strict legal precedent that any humanity is almost entirely removed from the process as an experience is reduced to pure facts. An RJ approach, while granted extensive, provides both parties involved the ability to have a conversation and seek what they believe is most helpful in healing from the harm. Furthermore, the RJ process places value on that time spent and has a much more nuanced goal than simply “guilty” and “not guilty.” Rather than simply reading a verdict and promptly incarcerating an individual without any accountability and more harm being caused, RJ seeks to provide a solution that works for everyone involved. This leads us to the next concern: It is too “soft.”

I ask us to consider why an RJ approach is considered “soft.” We return to the notion that justice equates revenge and punishment. As a society, we have lost sight of what the true meaning of justice is and instead want the worst possible harm to be inflicted on those who have caused us harm as we believe that this will allow us to heal and move forward. RJ is considered “soft” simply because it does not punish but rather seeks to engage the parties involved in communication and accountability. RJ is based on vulnerability, truth, and community and this is an extremely emotionally intensive process that is undertaken to ensure no further harm falls on any individual involved or anyone within the community. It is most certainly anything but “soft” and society must adjust their understanding of justice in order to see the harm that a punitive approach brings to not only the person being punished but also the survivor and the community as a whole.

For the concern that RJ is emotionally draining, it absolutely is. As stated previously, RJ requires vulnerability in ways that the criminal justice system has never done so. However, this  is only if the individuals decide to partake in the process. Unlike the criminal justice system, RJ is for and by those involved in the harm which means that they can decide whether or not and to what extent they participate in the process. If an individual decides they no longer want to participate then the option exists for them so step away. In the criminal justice system, most decisions are made by the prosecution, therefore not allowing neither the survivor nor the person who caused harm to have their needs met. A similar concern states that RJ will place an undue burden on the survivor to provide something for the person who harmed them. The response to this is once again, a survivor is in no way required to participate in the process if they choose not to. This process prioritizes healing everyone involved with the harm including the community as a whole. Both parties involved would have the support of their community as they went about their own healing and in achieving their healing, provide something for the community. This brings us to the achievement of accountability. 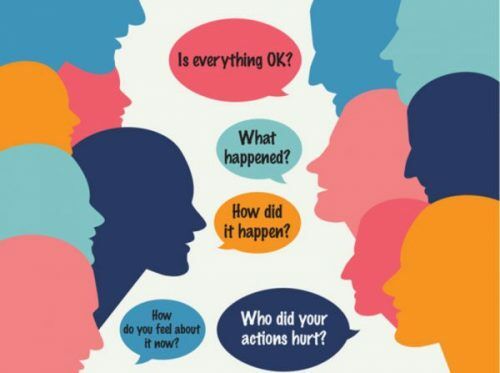 The following concerns will be addressed together as they share similar responses: No accountability, agreements are not followed, people who caused harm will continue to cause harm. Now, to begin, we look back on the criminal justice system and ask: Does incarceration garner accountability? How? Does it allow the individual who caused harm to grow? Analyzing the criminal justice system reveals that the answer to the questions is no. Incarceration has been framed in a way that makes society believe that the goal is rehabilitation. Additionally, it has been ingrained into us that by removing the individual from society and locking them behind bars with little connection to their support system, zero assistance once released, infliction of psychological and physical trauma, and a cycle of constant surveillance even once out of prison we ensure that these individuals move beyond their act of harm. This belief blatantly ignores a number of factors. For one, entirely removing an individual from society and their community only serves to alienate the individual and bring forth a number of adverse effects on their mental health. This lack of support ensures that their imprisonment is increasingly isolated and leads to heightened risk for mental illnesses. This is not even taking into consideration the fact that individuals may be placed in solitary confinement which has its own effects on mental health, even leading to psychosis, suicide, and increased risk for certain physical conditions. In no way does infliction of pain take away the harm committed for either party involved rather it just creates new harms that will follow the person who was incarcerated forever. Once an individual is released from prison, they are essentially left to their own devices. If they have no support system then they must find a place to stay until they can get back on their feet and have their own space, if at all. Those who were formerly incarcerated are about 10 times more likely to be houseless than those who were not with 70% of the houseless population in California having once been incarcerated. Leaving these individuals who were once incarcerated with no home and no assistance in recreating their lives leads to higher risk for reincarceration. This brings us to the concern that undergoing an RJ process does not stop the individual who caused harm. 63% of those who were incarcerated were reincarcerated within the first three years after their release for a new crime. 63% of these individuals were released from prison only to commit another harm and return to prison. 63%. Prison was not created to deter or rehabilitate anyone. Its goal is to maintain order, white supremacy, and capitalism.

Restorative Justice is not dismissed as an alternative because of its structure or the actual process. It is denied because society refuses to acknowledge the humans that are being consistently harmed by the criminal justice system. Rather than seeing that incarceration and the system as a whole are not providing any good to society but instead are creating an endless cycle of harm that targets BIPOC communities, society chooses to cling to the idea that punishment equals justice. Justice is accountability, vulnerability, community, healing, not retribution. We must see those who caused harm as human beings, worthy of a second chance, rather than just the harm.

Previous Moderate People, Not Content: A Restorative Approach to Combating Toxicity Online
Next Introduction to The History Of Political Suppression on UC Berkeley Campus