“For me, forgiveness and compassion are always linked: how do we hold people accountable for wrongdoing and yet at the same time remain in touch with their humanity enough to believe in their capacity to be transformed?”-bell hooks

The United States criminal legal system* is not a just process for dealing with sexual assault, and does not reduce sexual violence. Even a cursory examination of sexual violence statistics and data on the sky-high levels of survivor trauma highlights the undeniable, egregious inadequacies of the criminal legal system in preventing violence and providing justice for survivors.

Studies have shown that over 68% of survivors choose not to report their abuse and engage in criminal legal processes due to a myriad of discouraging and traumatic barriers. As Alletta Brenner notes, When survivors do report, they often describe feeling re-traumatized through their experiences within the criminal legal system. Through adversarial legal processes they frequently become targets of victim-blaming — their stories discounted, their voices silenced. Defense attorneys work diligently to discredit survivors, employing character-assassination tactics to get the perpetrator off the hook and avoid having their client accept any responsibility for their actions. Survivors are often left feeling disempowered, disrespected, and re-traumatized.

Furthermore, according to RAINN, although imprisonment and punitive responses are certainly not constructive solutions, 98% of all perpetrators of sexual violence will not spend a single day in prison, illustrating how virtually all offenders will escape any semblance of accountability.

There is not even a facade that those who harm will be held accountable.

As a violence-reduction strategy, the criminal legal system fails miserably. It fails to provide justice or healing for survivors of sexual violence, leaves perpetrators unaccountable to the suffering that they have caused, and does not prevent sexual violence from occurring. 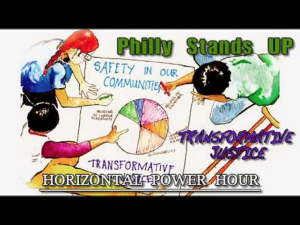 It is therefore imperative that we look to other solutions for addressing this rampant violence. As we work to dismantle rape culture and create processes of justice and accountability for sexual violence, examining other responses can be a helpful tool for visualizing alternatives to the criminal legal system which properly support survivors and also hold those who harm accountable.

One such alternative currently being practiced can be found in Philly Stands Up (PSU), a radical grassroots collective in Philadelphia dedicated to eliminating sexual violence through creative community-based approaches. In response to sexual violence occurring within their community, a group of concerned individuals formed a collective with the intention of confronting and ending this violence. PSU saw a critical need to create a process that provides justice for survivors and works to prevent the violence from occurring again, and formed a collective to address this void.

PSU’s goal is to “deal with cases of interpersonal violence in ways that are consistent with [their] visions for a more just world.” They believe that “turning to the police, the courts, and the penal system in response to incidents of violence ends up perpetuating that very violence,” and for that reason “it is essential that we explore alternative methods of responding to sexual assault(pdf).” 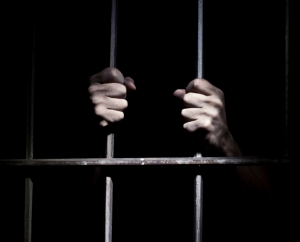 PSU regards the criminal legal system as inherently violent, particularly against communities of color, queer communities, and other marginalized communities. They believe it to be a system founded upon racism, sexism, homophobia, transphobia, and other forms of oppression that harms people by removing them from their communities and placing them in prison, in which they are highly likely to experience violence from correctional officers and other people who are incarcerated. Rates of sexual violence in prison are extremely high, which further perpetuates the cycle of violence(pdf).

Organizer Jenna Peters-Golden explains the theory behind their approach: “we don’t really see any of those things as equalling justice for the survivor.” Putting the offender “in a system which just kind of creates violence is not one that’s going to decrease violence in our communities.”

The Philly Stands Up model works to hold perpetrators accountable, not punish them, which they believe does nothing to address the root causes of violence or prevent it from happening again. They maintain that prisons do not work to transform the conditions that cause violence (rather the opposite), and “do not help to transform abusive people(radio podcast).” People who abuse usually do not receive treatment or services in prison that help them to change their abusive behaviors and patterns, and they are typically not held accountable to those they hurt. Thus, PSU works “with perpetrators to recognize, understand, and change behavior, not to simply punish them or run them out of town. Dealing with an assaulter includes the long term goal of ensuring that they are not a threat to others, recognize what they have done, and work to permanently change their behavior.”

Philly Stands Up operates on the basis that oppression is a root cause of violence or harm. Accordingly, their goal “is not to punish people when they commit harm,”or “even to restore relationships to the way they were before they caused harm,” but rather “to use a process to transform the perpetrator and the survivor and the community to get at the issues of oppression that were maybe underlying the act of violence such as misogyny, or racism, or classism, or ableism.”

Transformative Justice: Seeking Justice for Survivors, Accountability for Those Who Harm 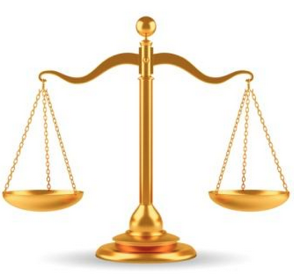 Recognizing the harm caused by the criminal legal system and the Prison Industrial Complex, Philly Stands Up seeks to create innovative, survivor-centered responses to violence that harness the creativity of the community. Highly concerned with the failure of the criminal legal system to prevent sexual violence, hold perpetrators accountable, or support survivors, Philly Stands Up created a model based upon Transformative Justice principles to restore trust and justice within their community and target the structural underpinnings behind sexual violence.

Philly Stands Up works to address the underlying causes of sexual violence, employing grassroots strategies to create safety and accountability by working with perpetrators of sexual assault to hold them accountable and meaningfully change their behavior. PSU states that their “work with perpetrators is fundamentally about supporting survivors. It stems from a belief that behavioral transformation is possible and necessary for us to imagine the world we want to live in. And unlike punitive justice, it seeks to prevent assault by cultivating a culture of consent.” The collective “[reaches] out to perpetrators of sexual assault while maintaining the centrality of the survivors, from whom we take our cues in determining the actions and progress that need to transpire for the overall healing in assault aftermath. The key mental shift that sets us on a new path in sexual assault community organizing is in refusing to distance ourselves from perpetrators of sexual assault, or even to presume that all perpetrators could be characterized by a particular moment of awful behavior.”

A Look at the Accountability Process 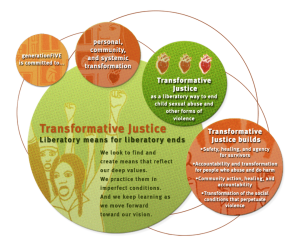 So what does the accountability process actually look like? People engage with Philly Stands Up on a voluntary basis, meaning that the person who has caused harm must be willing to accept responsibility for their actions and become accountable. PSU will employ any available leverage to encourage perpetrators to become accountable, but those who are not willing to be accountable fall outside of the realm of their efforts.

Each accountability process is unique and tailored to fit the specifics of the situation, but each process generally includes working with the person who has harmed to “[identify] the actions and behaviors that precipitated the process,” “[accept] the reality of harm caused,” “[recognize] behavioral patterns,” and “[create] strategies for unlearning these patterns and learning new ones.” Each accountability process can take anywhere from 9 months to two years to complete. The goal is for the person who has harmed to take responsibility for what they did and become accountable, and to prevent this violence from reoccurring.

In addition to dealing with violence once it occurs, PSU also works to tackle the issue of sexual violence at the root of the problem by challenging rape culture. The collective is engaged in a variety of projects including hosting forums and educational workshops on Transformative Justice, consent, sexual violence and healing, and community organizing.

A Model for Others

Philly Stands Up is a brilliant example of people working together to confront sexual violence within their own communities without relying upon violent state institutions. Instead of depending upon a system that perpetuates violence within their community, they are taking matters into their own hands and challenging violence at the root. Examining this model allows us to imagine other ways of addressing violence, breaking free from the traditional notion that the prison system is the only way to deal with those who harm. Philly Stands Up is a beautiful example of what the future could look like, in which communities work together to create a world free from violence and oppression. By exploring and creating other possibilities for addressing harm and achieving justice, we can begin to create the world that we want.

For more resources on Community Accountability and Transformative Justice: