Conclusion to the History of Political Suppression on UC Berkeley Campus

This post is the final installment of a seven part series on the history of political action and suppression at UC Berkeley that will be released throughout the spring and summer of 2022.

A central political goal of this project was to learn from the failures of past political conflicts. I intended to study political suppression to support future movements for progress in generating strategies to overcome it. Doing so is no simple task. It is difficult to draw conclusions about what made the Free Speech Movement succeed and the Occupy Movement fail, or what allowed Berkeley to close the criminology school in a few years while being unable to develop People’s Park for decades. These movements are defined by, and extricable from, the larger political context around them. Their fates are inevitably rooted in factors beyond tactical decision-making and messaging, important as these features of political movements may be. I have tried to emphasize throughout what I have noted as important lessons, but the political goal of my project definitely requires more in-depth comparative analysis than is within the scope of this work.

Still, I believe that I have been largely successful in pursuing the restorative goal of this project: to expose and record truth in the furtherance of reconciliation. These stories present many important truths about UC Berkeley’s history which students should understand and administrators should be expected to recognize and embody in their actions. In the history of political suppression at Cal, our university administration has repeatedly stifled calls for structural transformation of our society by allying with members of the conservative establishment in state politics and law enforcement. It has exploited its legal authority and engaged in avoidant, bureaucratic political strategies. It has avoided recognizing the validity of students’ calls for change by dishonestly decontextualizing student demands. Through effective messaging, it has trivialized legitimate causes for which students have bravely fought and framed their actions as destructive. And, when all else has failed, it has resorted to wielding law enforcement as a political club. In doing so, the UC Berkeley administration has repeatedly upheld the sociopolitical order through violence or the threat of violence, action which is entirely unacceptable and juxtaposed with the University's stated values. As the ‘they’ has changed through the generations, these destructive tactics have repeatedly emerged, damaging the political discourse and deterring students from engaging in civil disobedience for fear of being met with violence. Understanding these patterns is vital to disentangling Berkeley’s radical progressive reputation from the consistently more conservative role of the actual University as a political entity in historical struggles for progress. 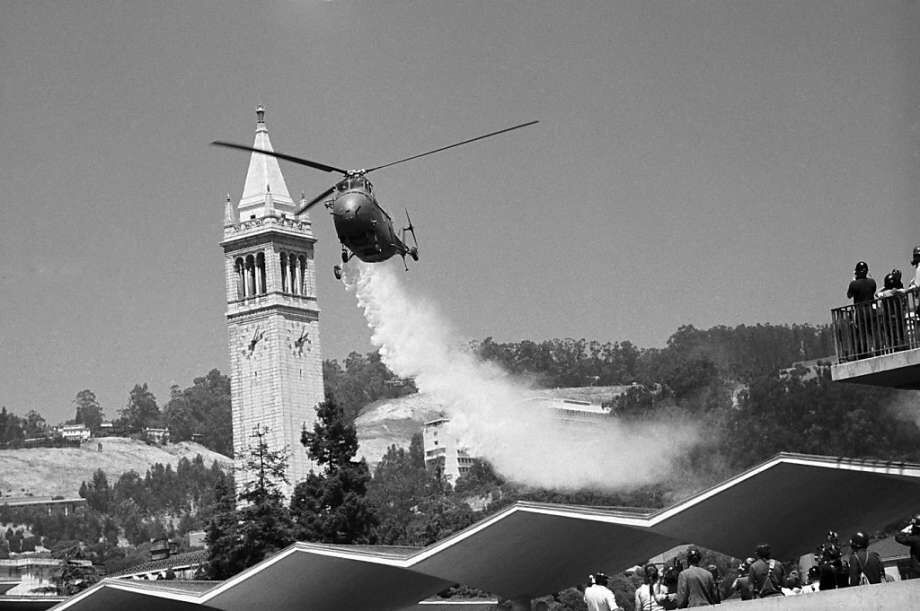 I do not consider it just that our University administration acts as though it is a force for progress while obscuring its history of shouting down cries for change. I do not consider it just that the hugely consequential policy decisions over the course of the University have so often been made undemocratically by a very small number of disproportionately wealthy, white, and male actors. I do not consider it just for pundits and officials to continuously condemn student activists for their radicalism as the supposedly radical ideas of past student bodies become the mainstream understandings of justice and progress today. There may come a time when University administrations and their students will be on the side in opposing traditional hierarchy and changing systems. We should absolutely strive for this kind of collective action but we must not do so without holding our administrators accountable for the way they have consistently betrayed us as leaders and as citizens.

I am cautious of being reductive in referring to ‘students’ and ‘administrators.’ Truthfully, the actors on either side of these conflicts have no fixed identity. Faculty often played critical roles in supporting protest movements and demanding accountability when they perceived wrongdoing from the school or law enforcement. A substantial portion of the political opposition to progressive movements has come from actors in state government and from the UC Regents, rather than from the Berkeley administration specifically. Additionally, the political orientation of all of these officials is not the same across the many individuals and eras that we have examined. It would not be honest to dismiss the University’s changing approach to student political action as merely performative in the face of the immense challenge that our society faces. For instance, while it is true that the outcome of Occupy Cal was the maintenance of existing economic conditions, the conservative forces opposing this movement are so closely connected to the overall structure of our economy and to political stagnation that it is difficult to imagine a path through which some thousands of current University students in 2011 could effectively prompt the restructuring of public education that has been needed since at least the 1980s, and probably long before that. 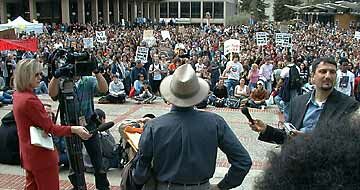 We as student activists benefit by recognizing the broader political context in which the school is operating when setting its policies. We cannot assume and operate as if the University retains some hidden ability to challenge the deeply entrenched systems that create injustice in our society. Instead, we must accept and emphasize that justice requires is structural economic and political change, while being aware of the costs of this change for our opponents invested to various degrees in the system. As we seek to hold powerful actors accountable for the systemic harms we demand they address, we must recognize that they are just humans also trying to make sense of the world, working in support of some combination of their perceived interest and their personal principles.

When we dismiss the complexity of decisions around issues like affirmative action and land ownership, we only leave ourselves more vulnerable to suppression. We misjudge the motivations of our opponents because we refuse to empathize with their predicament and validate the way that those of different worldviews make critical political judgements. As students, we must learn to advance change with all the constraints entailed in the political platform of the university. We must be bold, but self-aware and nuanced in our rhetoric and message. We may sometimes have to strive for compromise when the alternative is no change at all. This may be a crucial step to normalizing more democratic decision-making on the university campus.

That the movements I reviewed were largely unsuccessful is no reason to give up hope or dismiss the potential of similar political campaigns, many of which have historically been effective. Our modern university is a constantly evolving institution that contributes to, but very much reflects, the political world around it. The Board of Regents that struck down standardized testing requirements for admissions is not the same board that ended affirmative action. The relatively popular conservative state governments of the 70s, 80s, and 90s cannot simply be recreated in a world where entering national politics as a Republican often carries with it a requirement of disputing the validity of our elections. The body politic of educated liberals upon which California universities depend is far from radical, but in being subject to so much chaos and crisis, it may exhibit more openness to systemic change than previous generations. As the alternative to progress becomes darker and more drastic in an ever-polarizing era, our Democratic leadership and CA state officials enjoy less plausible deniability in entertaining the mainstream conservative perspective. The time and direct cause for mass civil disobedience across the UC is currently unclear, but the era is not necessarily in the distant future.

I faced a number of challenges in creating this work. I, like many of the subjects of my work, attempted a time and labor-intensive project with the obligations of a full time student and a great sense that I am screaming into the void. However, like the students of these histories, I think forward to a time when our ideas can become policy and our radical ideologies can become guideposts for progress. We are living in extremely overwhelming and dark political times and it is an unwise political scientist who makes a habit of prediction. Still, I am confident that as my generation of political leaders considers the issues of land ownership, crime, racial equity, and education funding, we will do so in a different manner than the generations that considered these issues before. I work with the hope that this consideration will be sufficiently powerful to turn the political tides on this issues. There is much room for further investigation into this topic. The decision-making process in public education is hugely important in understanding what kinds of thoughts and actions emerge from the university. That decision making process, and the incentives of those involved in it, are surely more dynamic than I was able to portray in this work. To understand systemic change, examining the bureaucratic and political processes that are the nexuses of policy making strikes me as hugely important.

We have to become comfortable speaking truth to power, ideally more in offices and meeting rooms and not only public plazas. Holding our education officials accountable to their obligations as leaders, citizens, and fellow human beings requires breaking through the political games that so define our era of democratic backsliding and social unrest. It requires establishing personal connections to make persuasive arguments made of facts, feelings, and everything in between. It requires evoking our own and others humanity in pursuing change together. The existing education administration and political establishment has failed us as students and as young people. It should do more to cultivate an open and just political environment through recognizing and addressing these failures and its responsibility in promoting them. But we fail in our restorative goals if we blame the individual decision makers, or the amorphous concept of 'the establishment.' We fail if we deny them the human fallibility and vulnerability that shapes their behavior and expect them to graciously accommodate our world view because conditions have become sufficiently terrible. It is only when we see the systems around the people and the broader currents in society necessitating change that we can best understand how to pursue it effectively and peacefully. I hope this project will be useful in the course of that endeavor.

Previous Occupy Cal
Next A Personal Re-Introduction of Restorative Justice