This post is the fifth installment of a seven part series on the history of political action and suppression at UC Berkeley that will be released throughout the spring and summer of 2022.

UC Berkeley pays a considerable amount of attention to diversity on campus and the lack thereof, with the Department of Diversity, Equity, and Inclusion (DEI) reporting disproportionately low percentages of Black, Latinx, Native American, and Pacific Islander students relative to these groups’ shares of the California population. I cannot overstate the importance of the DEI department and its goals, but cultivating equity on campus cannot sufficiently address these disparities. Unfortunately, UC admissions teams have had severely restricted tools for advancing racial racial parity on campus since the UC Regents banned affirmative action in 1995. This ban helped uphold racial disparities in admissions, deterred thousands of minority students from applying to California’s public universities, and led the way for a statewide ban with similar effects. California’s fight over affirmative action reveals how conservative ideologues engaged in political suppression to maintain racial disparities in California universities, durably shaping the discourse of race in education in the process. 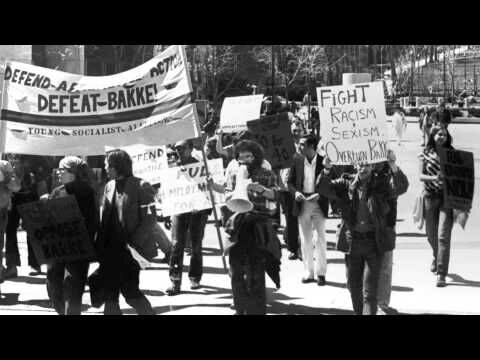 The historical context needed to understand our current predicament begins in 1978 with the US Supreme Court case UC Regents v. Bakke. The decision allowed universities to consider race in admissions but prohibited reserving seats for non-white applicants. This reality did not prevent conservative ideologues from claiming that using race in admissions decisions unjustly denied whites a fair chance. One such figure, UC Regent Ward Connerly, began to work actively to shift public opinion against affirmative action. Connerly and then-Governor Pete Wilson campaigned for the UC, and subsequently California, to prohibit its schools from using any form of race conscious admission policy.

The campaign to ban affirmative action began in January of 1995 and took off quickly. Connerly's open advocacy against racial preferences placed the Regents at the center of the larger political controversy around the issue. Wilson — whose position made him head of the board of Regents — worked to lobby board members to support the move. The pair hoped to put the issue to a vote in summer of that year (Douglass 6). University students and faculty figured out what was going on and sought to speak out, such as at the Regent’s May meeting. The meeting was held at the Laurel Heights facility, a research center located on a hill over a mile from the main UCSF campus, with around 500 police officers stationed around the facility (Douglass 2). Though around 200 students from several UC campuses came to speak about the potential changes to admission policy, only a fraction were granted admission into the auditorium and few were allowed to speak.

By July, Wilson and Connerly were ready to put affirmative action to a vote. In a desperate attempt to pursue compromise, UC President Jack Peltason proposed an alternative to completely prohibiting affirmative action. He asked the Regents to advise the UC administration in enacting appropriate changes to admission policies (Douglass 13). Along with this proposal, Peltason, all of the UC’s chancellors, and other administrators sent letters to the Regents expressing their support for affirmative action. They urged the Regents to listen to the students they were tasked with representing and engage with the democratic mission of the university, but these calls were ignored and the vote was held.

The Regents heard eight hours of testimony from university officials and students who argued that the university would be making a terrible mistake in passing Connerly’s proposals. "If you vote to dismantle affirmative action, you are doing so in utter disregard of the entire university; in defiance of its president, of its vice presidents, of all its chancellors, of the faculty of all nine campuses, and of the student leadership," said Dr. Haile Debas, dean of UC San Francisco’s medical school. Unfortunately, the Regents declined to acknowledge the unjust nature of what they were doing and ensured the vote could be carried out in absence of opposition. At one point, Regent Clair Burgener asked for the meeting room to be cleared so that the Regents would not have to listen to those who came to oppose the vote. This caused an outpouring of frustration among those attending, leading to the Regents adjourning and continuing the meeting in an unknown room on a different floor of the building. In their secret meeting room, with student and faculty protestors sequestered by armed police, the Regents voted 15-10 in favor of ending consideration of race in UC admissions and employment. Affirmative action in the University of California was prohibited.

The fight did not end there. Some students and faculty continued to speak out for affirmative action, culminating in the National Day of Action on October 12th 1995. This involved demonstrations across several UC campuses involving thousands of students. 1,200 UC faculty members signed a petition asking the board of Regents to reconsider and rescind its prohibition. Unfortunately, Connerly and Wilson would  successfully prevent the Regents from reconsidering the issue. They would soon engage in a massive political campaign and successfully rallying voters to pass California’s Proposition 209, banning affirmative action at the state level (Douglass 2).

The arguments invoked in Connerly’s and Wilson’s campaigns rely upon the same narrow, misguided narrative that we hear today. They claimed that race-conscious policies caused ‘needless division’ and that affirmative action policies cause the admission of otherwise unworthy marginalized students by artificially raising the standards for overrepresented groups. This conception of affirmative action continues to resonate widely with voters, particularly white students and their families. Many people felt cheated and argued that racial preferences were an injustice, tainting an otherwise fair and objective process. This narrative misrepresents reality. 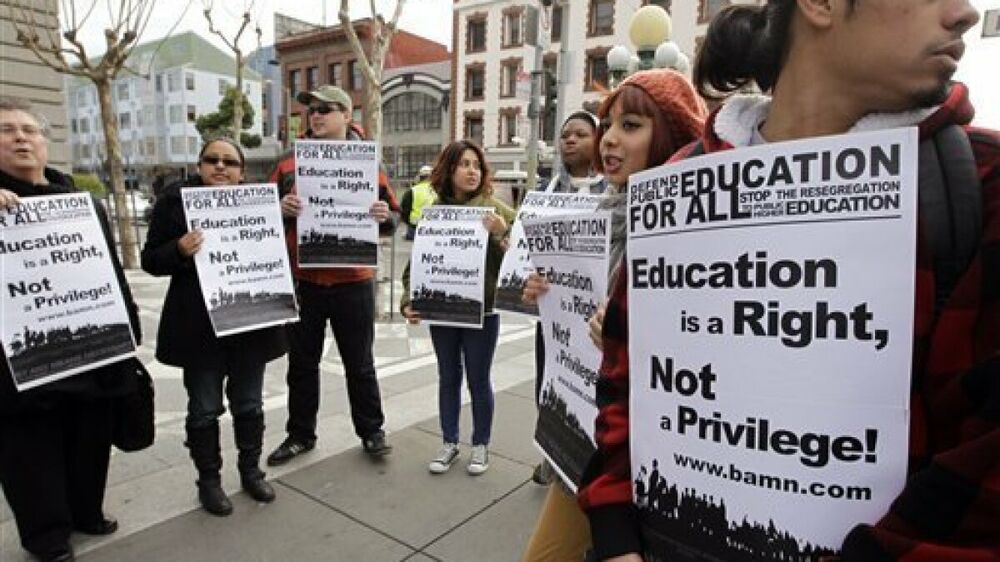 Since Bakke, no affirmative action policy involved a rigid racial classification and preference system. Instead, each campus was allowed to determine for itself how to account for race in admissions. These policies were predicated on the knowledge that, in a world of systemic disparities, identity characteristics can be salient in shaping a student’s academic career. As such, knowing a student’s racial identity can help admissions officers gain a more complete understanding of an applicant’s experience. More importantly, affirmative action policies were upheld under the understanding that identifying and rewarding ‘merit’ was never an objective endeavor, nor could it be. By prohibiting schools from considering race, affirmative action bans implicitly posit that students with higher test scores and GPAs should generally or always be considered more desirable applicants than students with lower numbers. This is a dark reality grounded in a false conception of what it means to be a good student or, for that matter, a valuable member of society. Merit, aptitude, or desert in admissions cannot be easily demonstrated in any given metric, and is best understood as a complex and dynamic reflection of the University’s goals.

The effort to ban race-conscious admissions represents the quintessential conservative strategy for forestalling progress. Connerly and Wilson did not propose an alternative strategy to achieve racial equity. Instead, they labeled any process which considers race as ‘unnatural,’ positioning it against the supposedly ‘natural’ course of ignoring racial inequality. In pretending that this process was objective, these politicians played on voters’ feelings of racial resentment and contributed to the narrative that the only just route to racial equity is ignoring race altogether. Unfortunately, policy makers continue to uphold versions of this tired, harmful, and self-serving idea, even while claiming to take racial equity seriously.

In 2001, the Regents rescinded their 1995 prohibition. Negotiations apparently lasted all night and into the early morning, before the board unanimously voted to repeal the policies against preferences in admissions. For all the drama of the meeting, however, the Regents' action was entirely symbolic. Regent William Bagley stated this explicitly: "We are not presently returning to affirmative action, please understand: We are repairing the reputation of the university." Even Connerly voted for the proposal, saying Prop. 209 gave him what he wanted. More recently in 2020, the Regents unanimously endorsed Prop. 16, a state amendment to repeal Prop. 209. Still, these words are accompanied by seemingly little action. No information campaigns have been launched, nor funding for admission diversity initiatives increased in response to the proposal’s failure. Instead, the Regents appear content to stand at the sidelines and let conservative rhetoric dominate the discourse around affirmative action indefinitely. 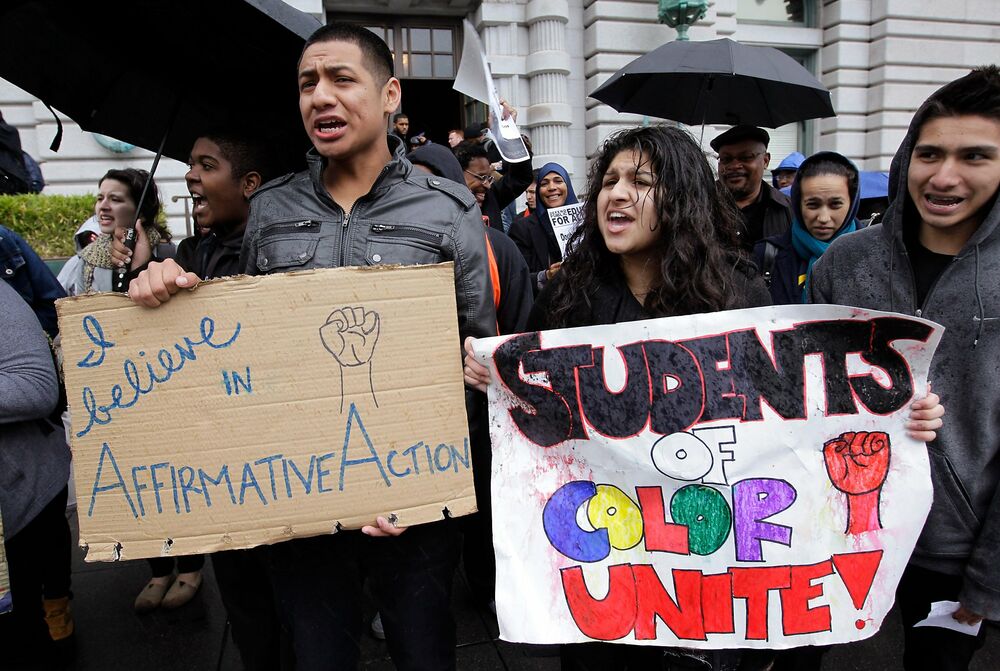 To end affirmative action in the UC, 15 individuals existing at the nexus of education policy and state politics overruled the well informed and well articulated perspectives of thousands of students, faculty, (and this bears repeating) every single UC Chancellor. The Regents utilized intentional and overt bureaucratic avoidance tactics, and when these failed, suppressed dissent by relying on the threat of violence from law enforcement. Today, that same body has explicitly denounced such action and yet we see no change. Indeed, the solution may lie with the next generation of education policy makers, to not only reinvigorate an informed discourse around affirmative action but seek new solutions for a more equal future, by freeing the University of California from the politics of racial resentment.

Previous Closing the School of Criminology
Next Occupy Cal