“Less than 1% of rapes lead to felony convictions.” Each year, approximately 463, 634 individuals ages 12 and up experience sexual harm and less than 1% of these cases lead to felony convictions. For every thousand cases, it is estimated that only 384 are reported to law enforcement, 57 lead to an individual being arrested, and only 6 of those individuals are incarcerated. It is no secret that the criminal justice system continuously fails survivors of sexual harm as many prosecutors opt not to press charges, a plea bargain is reached, or something else occurs that hinders the ability of the survivor to obtain justice. Throughout the process, the survivor must deal with a complicated justice system that will likely bring them more harm. If they are part of the few cases that reach a court, survivors will likely see their experience torn apart, stripped to simply evidence rather than encompassing all of the pain and trauma they endured. The survivor might even be faced with attempts at shifting blame onto them, resulting in additional harm. 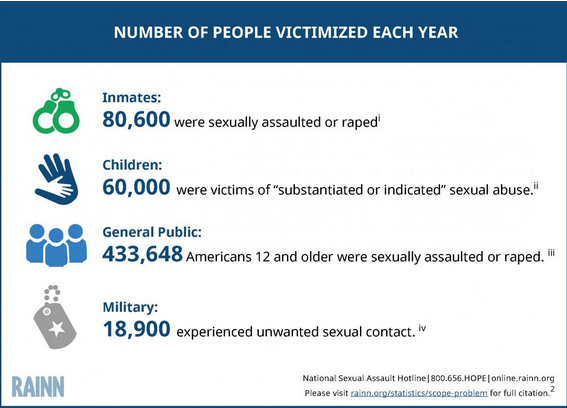 The outcome of various sexual harm cases shows society that those who have been experienced this should hide what occurred to them, that justice will not be served despite the extensive, painful process, and that their experience will not be acknowledged properly. Now, the criminal justice system, as noted previously, continues to fail the few survivors of sexual harm that make it to court. Their experience, their trauma, their pain is not at the center of the process. Rather, evidence is prioritized, a conviction, incarceration is prioritized, the future of the person who caused harm, essentially everything but the survivor. Even on the part of those who are causing the harm: their experience, their past pain, what led them to harm another is removed from the process. Instead, the individual who caused the harm is dehumanized and reduced to that action.

For one, a restorative justice approach prioritizes the survivor. Their voice is given the power that is stripped away by the legal system’s approach to the justice process. Rather than being led entirely by a law that does not encompass every experience nor does it prove effective when handling sexual harm cases, restorative justice leads with healing. It leads with empathy and compassion and provides a safe space wherein both the harmed and the one who caused the harm can communicate (if they wish to) and heal. 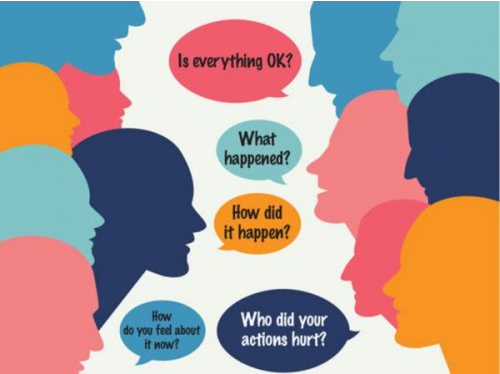 Additionally, it must be noted that restorative justice is not a process that is set nor does it have specific requirements that must be met in order to achieve any form of justice. It is a process created by and for the survivor of the harm while also emphasizing learning, community, and understanding in a way that ensures growth and healing. It allows the survivor to proceed in a way that provides them the closure, the space, the support, and the time that they need to heal from the harm that was caused. Even though the process can be extremely difficult, the individual who was harmed maintains control in the decision-making. The restorative justice circle allows both the individual who harmed and the survivor to talk about what occurred, which can lead the individual who caused harm to accept responsibility for their actions while attaining true accountability for the survivor. Since this space allows for full honesty and investment in the process, the circle can absolutely be successful in ensuring the person who caused harm accepts responsibility and goes on to repair the harm they caused, if they choose to. As opposed to the criminal justice system, wherein the person who caused harm will simply be entered into the endless cycle of harm that is incarceration. Instead this individual can also move forth from the harm they caused as they amend the pain they caused and grapple with the truth of their actions. As they seek to repair that harm, the individual who was harmed can see that accountability is being achieved and receive what they need from both the system and the person who caused them harm in their healing process.