The Faces Leading the Revolution Against Campus Sexual Violence

2014 marked a turning point for the movement to end sexual violence on campuses, the issue finally surfacing in mainstream media and consciousness. Awareness and activism surrounding campus sexual assault reached new heights, thanks in great part to the work of dedicated activists fighting to bring attention to this issue.

Survivor-activists and allies catalyzed a national dialogue about sexual assault on campuses and forced universities to begin confronting sexual assault and their role in perpetuating rape culture.

Although not a new problem, the issue of campus sexual assault gained unprecedented attention across the nation this past year, with survivors coming forward more than ever before to decry their assaults and mistreatment by administrations. Due to student pressure, 94 colleges and universities in the US are currently being investigated for mishandling sexual assault cases, and many more are the target of campaigns demanding accountability from administrations and perpetrators.

Activists across the country are fighting back against sexual violence in creative ways, demanding that campus administrators treat sexual assault as the serious issue that it is. They have sparked discussions about how to better prevent sexual assault and eradicate rape culture, as well as how to address sexual violence once it occurs and how to hold perpetrators accountable. Additionally, important conversations are taking place surrounding how universities should be held accountable for the intense trauma caused by their gross mistreatment of survivors and severe mishandling of campus grievance procedures. It became clear more than ever before that campus procedures for handling sexual assault fail to hold perpetrators accountable, and do not secure even minimal justice for survivors.

These activists have created a firestorm of discussion and controversy, and are a growing force to be reckoned with. They are leading important discussions about what justice for survivors looks like, and are rewriting the discourse surrounding sexual assault — countering traditional narratives and deconstructing harmful myths. They are shifting the cultural landscape by challenging the perceptions of what sexual assault is, who can be assaulted, and what justice looks like. As a direct result of their determined efforts, sexual assault on campuses is finally being discussed with the gravity it merits.

Let’s take a look at a few of the many individuals and organizations who are making waves in the campus anti-violence movement: 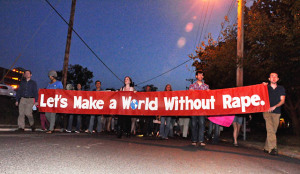 Students Active for Ending Rape(SAFER) is a volunteer collective started in 2000 to support campus rape survivors and end rape culture by “empowering student-led campaigns to reform college sexual assault policies.” By offering free resources to facilitate effective student organizing, SAFER empowers students to hold their universities accountable for having strong sexual assault programming and policies that secure justice for survivors. The organization offers comprehensive trainings and workshops on various organizing topics, an extensive online resource library, and activist mentoring to support students in strategizing and planning their campaigns. SAFER also provides a student-friendly online platform allowing survivors to document their school’s sexual assault policies and file complaints about their handling of sexual assault cases. SAFER then compiles the data and assists students in filing formal Title IX complaints. By equipping student survivors with the tools they need, SAFER supports them in mobilizing their communities to create systemic, sustainable changes to the way sexual assault is handled on campuses. 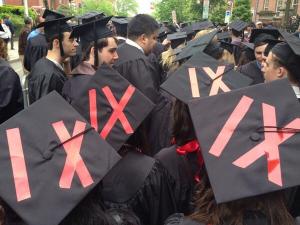 Know Your IX is a grassroots campaign founded in 2013 by Alexandra Brodsky and Dana Bolger dedicated to ending sexual violence on campus. Brodsky and Bolger launched this campaign to educate students about their rights under Title IX, a landmark law that protects students against sex-based discrimination in education including sexual harassment, gender-based discrimination, and sexual violence. The two activists say that their experiences would have been vastly different had they known about their rights under Title IX. Know Your IX helps empower survivors to take action through whatever means they choose, including legislative action. This campaign denounces how “most anti-violence activism and media coverage assumes a ‘default’ survivor who is a white, straight, able-bodied, legally documented, wealthy cis woman,” and is instead “dedicated to resisting this tendency and building a movement centered on the experiences of real survivors whose experiences with violence occur at the intersection of various forms of oppression.” Know Your IX’s comprehensive website is chock-full of resources for survivors including blog posts sharing survivors’ stories, trauma support, activism, and much more in order to empower survivors to take action appropriate for them. 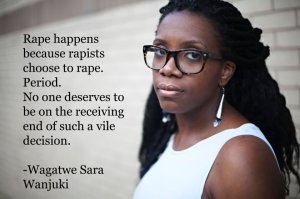 Wagatwe Wanjuki is an activist and writer who became involved in the campus anti-violence movement following her horrific treatment by Tufts University Administrators after she reported her sexual assault. Wanjuki worked with Students Active for Ending Rape (SAFER) to lead a campus movement at Tufts demanding reform for sexual assault policies and judicial processes, through which the university was found to be in violation of Title IX policies. Social media activism has become a powerful tool she uses to raise awareness and further dialogue about harmful misconceptions surrounding sexual violence.She co-created the hashtag #TheresNoPerfectVictim which breaks down the myths of the “perfect victim,” which assert that only certain people in certain circumstances can be raped (read: white, cisgender, able-bodied women raped by a stranger). She works to raise awareness that anyone can be sexually assaulted. She is also the brains behind the hashtag #SurvivorPrivilege, which she created in response to George Will’s absurd claims in a Washington Post column that survivors of sexual violence receive “survivor privileges.” Wanjuki explains that, “There is nothing to gain by being raped, and there is no privilege to coming forward. In fact, many survivors lose more after they report due to backlash thanks to our victim-blaming culture.”

Disgusted by the appalling treatment they faced from administrators at University of North Carolina, Chapel Hill, upon reporting their experiences of sexual assault, Annie E. Clark and Andrea Pino filed Title IX complaints against their university. They weren’t the first to do so, but they used their real names— rare in sexual assault cases. Doing so initiated a frenzy of media attention, and their stories were soon front-page news. This brave act of publicly coming forward began a new way of viewing sexual assault on campus. In order to help other survivors through the process, Clark and Pino co-founded End Rape on Campus (EROC), an organization which works to support survivors, including through filing complaints, as well as educating surrounding sexual violence and catalyzing policy and legislative reform. They have helped “hundreds of students at dozens of schools file Title IX, Clery Act, and other civil rights complaints to seek justice and reform.” As a survivor-focused organization, EROC is at the forefront of sexual violence prevention and supporting survivors in the pursuit of justice. 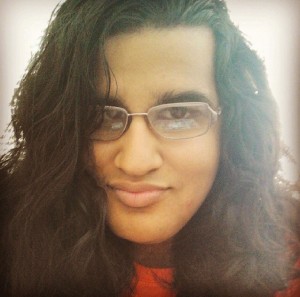 Princess Harmony Rodriguez is an activist who led the fight for justice at Temple University, challenging her administration for disempowering and not supporting survivors. Princess Harmonyfights against the exclusion of People of Color, particularly Queer and Trans People of Color (QTPOC), in discussions surrounding campus sexual assault.

Her work highlights how QTPOC are often completely ignored in media coverage of the issue, despite the fact that QTPOC are at a higher risk to be sexually assaulted than non-QTPOC. Princess Harmony works to share the stories of “‘inconvenient’ and otherwise erased survivors,” including people of color, queer and trans survivors, and male survivors to ensure that they are included in discussions of sexual violence. She has also spoken out about her experiences dealing with transphobia as a survivor for sites including Black Girl Dangerous, Know Your IX, Feministing, and the Feminist Wire.

6.Carrying the Weight Together

Formed in 2014, Carrying the Weight Together is a coalition of college students and activists working to support survivors of sexual and/or domestic violence. The group was inspired by the art and activism of Columbia University student Emma Sulkowicz who made news this past fall through her visual arts senior thesis project entitled “Carry That Weight” in which she carried her 50-pound dorm room mattress with her wherever she went to protest how administrators deemed the man who raped her “not responsible.” 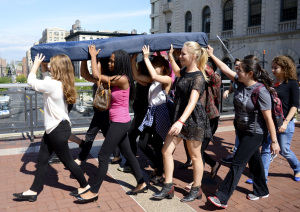 This brilliant act highlighted the trauma that many survivors endure when administrations refuse to properly address sexual assault and hold perpetrators accountable, leaving survivors to symbolically carry the weight of trauma with them everywhere they go. It catalyzed a dialogue about the ways that survivors are silenced and not supported through campus grievance procedures, and sparked a Day of Action that took place on October 29 entitled“Carry That Weight” as well as a national movement in which survivors and allies from across the country have come together to support each other. Carry that Weight explains that “[c]entral to the importance of Emma's art is the collaborative and supportive nature of the project,” in which “[c]arrying a mattress with others brings us together to collectively help carry the weight, shows our continued support for survivors, and our collective commitment to working together toward cultural and community-level change to end sexual and domestic violence.”