It’s Not Over Yet: Prop 47 and the Push for Restorative Justice in California

The passage of Prop 47 about 2 weeks ago is a major victory for all of the organizations and institutions that came together to get the proposition on the ballot and put forth the arguments needed to convince California voters to say yes.From San Diego Free Press:

This victory is not only a testament to the power of grassroots organizing, but shows that, when given the chance to decide on the policies of incarceration, voters understand the importance of resources and services. And, they see that detention and incarceration are not deterrents, but rather lead to further problems. 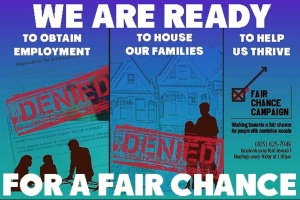 As one immediate consequence of Prop 47, “Collateral Consequences” of incarceration will be reduced.From the Human Impact Project:

More that 40,000 people a year [could] avoid the additional punishments of a felony conviction—restricted access to jobs, housing, voting, benefits, and other opportunities—and tens of thousands could have their felonies cleared. In California, there are almost 3000 additional punishments, also known as “collateral consequences” for those convicted of crimes imposed by state or federal laws. As one person who had been in prison said: “So I get out of prison with a felony and you want me to be successful and I can’t get housing, can’t get food stamps. I can’t even get on my own two feet.”

For the more than 40,000 people who will be affected by Prop 47, this law will eliminate many of the ways that the state disenfranchises people through the criminal justice system. With increased support and resources, people who would have experienced incarceration and been branded with a felony conviction now have the chance to work to support themselves and their families, and apply for financial aid for college. Prop 47 brings relief not just for individuals but for whole communities affected by the new initiative.

But, do we know exactly how money saved by Prop 47 will be spent?

According to a study conducted by the Human Impact Partners, Prop 47 is projected to save the state of California $200-300 million per year, and counties will save $400-600 million per year. Our concern at the RJ Center is whether the money promised through Prop 47 will be spent on programs that have a restorative mission and motive.From KPCC:

While this sounds promising, how can we be sure that the money will be spent in ways that are beneficial for those who commit misdemeanor crimes, their families and communities, rather than special interests? AsCalifornians United for a Responsible Budget(CURB), a broad-based coalition dedicated to reducing prison spending in California, puts it:

The majority of the Fund money (65%) will be under the control of the Board of State and Community Corrections (BSCC). The BSCC is charged with implementing realignment, which has resulted in directing billions of dollars of funding for construction of prisons, jails and juvenile detention centers. Given the Board’s composition, which includes an overwhelming majority of law enforcement officials, including the secretary of the CDCR, in effect this allocation expands the scope of the BSCC and gives law enforcement officials and agencies the power to decide on funding for mental health treatment, substance abuse treatment and diversion programs. It is doubtful that any of this will translate into support for the kind of community-based programs which are crucial in order to implement a positive model for such programs.

Seeing as the BSCC is dominated by proponents of the prison industry and law enforcement officials, there’s still a lot of work to be done to make sure that resources get allocated to programs that change the culture of punishment in California, and help transform communities, rather than further fracturing them through policing and incarceration.

And what about the funds allocated to truancy and victim-support programs? Most RJ organizations will focus on these categories. Regarding the funds designated for truancy, LA-based organization

“Dignity and Power Now” has issued a call to action.From CURB:

"We need everyone who voted for this measure to show upNovember 5thand make sure that the school allocation money will fund counselors, restorative justice practices, and social workers and not school police, surveillance cameras, or high power weapons as we've seen here in the past especially here in L.A," says Patrisse Cullors-Brignac, Director of Dignity and Power Now.

The RJ Center agrees that we cannot allow Prop 47 to be used as another way to increase the power of the state to criminalize youth of color in California. To do so would be a flagrant abuse of the trust of California voters.

Further advocacy is also needed to frame the approach to victim services in alignment with the RJ Conference model, to provide actual healing to victims, rather than mere monetary compensation. Californians Unitedfor a Responsible Budget notes that the 10% of the budget designated for victims will flow through the Victim Compensation and Government Claims Board or VCGCB. The VCGCB focuses on restitution for victims of crime, and provides information and access to other resources. While many crime victims need and benefit from restitution, through the RJ process, they can also ask for other, non-monetary forms of repair that may be more meaningful for all involved in a crime or act of harm.

While the “victimless” crimes such as drug-possession are not considered ideal for RJ programs, other offenses, including theft, would be. Ideally, incentives could be put in place for those who commit misdemeanors to participate in RJ Community Conferencing programs. These could include adults as well as juveniles.

After preparatory meetings for the responsible youth, the person harmed, and other community stakeholders, an RCC culminates in a 2 – 3 hour meeting for those affected by the crime. The RCC holds the young person directly accountable to the person who was harmed. The youth and their family, with victim and community input, are then responsible for developing a plan that addresses the harm and does right by the victim. With support from conferencing staff, the youth completes their plan and the charges against the youth are not filed.

Another RJ program, the COSA, is ideal for helping people who’ve been incarcerated to re-enter into society, and iscurrently being used by the nonprofit Restorative Justice for Oakland Youth (RJOY): 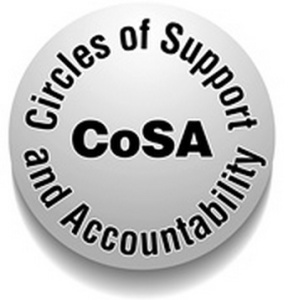 COSAs revolve around re-entering youth and 4-7 participants- which might include a trained RJ facilitator, a person victimized by similar wrongdoing, family and friends, community members (who may serve as role models), or any affected party- help the core member and provide them with support needed during re-entry. They provide practical, emotional, and spiritual support to facilitate the core members’ transition to life in the community (or in schools) while also holding them accountable in ways that are sensitive to the perspectives of victims.

COSAs are ideal for youth and adult prisoners upon release. They can be categorized as mental health services, for which Prop 47 funding is available.

While many people stand to benefit from Prop 47, there are still some major concerns. First, while Prop 47 reduces some of the stress on the prison system generally, those who are incarcerated for violent crimes will not likely experience better conditions, a rehabilitative approach, or a review of extremely harsh sentences. From CURB: 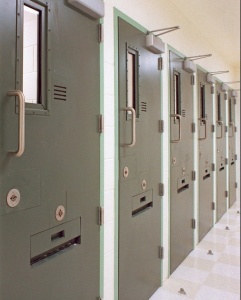 The initiative strengthens the idea that those with certain violent felony convictions should not be part of the sentencing reform discussion. These convictions in many cases can be attributed to the structural racism, sexism and classism of the criminal legal system. When “violent felony convictions” becomes the dividing line for sentencing reform it reinforces the idea that such convictions are just and acceptable. Because it demonizes people with prior convictions, the disparities and racism of the existing system will be reinforced and deepened, much as they were with Three Strikes, which relied similarly on prior convictions.

This is a key concern for groups organizing for prison abolition and the expansion of restorative justice practices throughout California. In a restorative justice framework, we understand that, even when someone makes choices that harm others, those behaviors do not define them, and are often a result of trauma, as well as intersecting layers of oppression. While we believe in a victim-led justice process, we also make the claim that parties responsible for harm should be treated as human beings, and should be involved in the healing and repair of harm; justifying the incarceration of certain individuals through demonizing language goes against this sort of philosophy. While working with Prop 47 to provide the most effective programs for those who commit non-violent offenses, we should also counter efforts to harden the walls around “violent offenders.”

It’s Not Over Yet

“The intent of this measure is to reduce the prison population and channel savings into mental health and substance abuse services that have been drastically underfunded in California--that’s why Californians voted for it,” says Pete Woiwode of the California Partnership, a statewide coalition of anti-poverty organizations. “The battle now is to make sure that those services stay in the community and are not just another excuse to build more jails. If the BSCC allows these resources to end up in the hands of the Sheriffs, they’ll be violating the will of the voters, and pushing poor people towards jail, instead of the services they need.”

Now that the funding is available, we must begin pushing to distribute these resources in a way that helps heal the damage done by the carceral state to lower-income communities of color in California.

This means that we must work on three fronts:

While Prop 47 definitely comes as much needed relief for many incarcerated Californians and their families, the passing of the proposition marks a beginning, not an end. Much of the follow up work will be fighting uphill to convince agencies like the BSCC and the California Department of Education, to make the right choices in funding restorative justice practices in California. If we are successful, we have the potential to reverse the tide of mass criminalization and incarceration in California, implement programs that question the dehumanization of “violent” offenders left out by Prop 47 and transform punitive culture in California, and the U.S. as a whole. 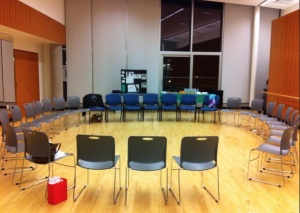 Previous "Is This Working?" on This American Life
Next Rachel Maddow takes on the myth of the “superpredator”