Closing the School of Criminology

This post is the fourth installment of a seven part series on the history of political action and suppression at UC Berkeley that will be released throughout the spring and summer of 2022.

Unlike the other subjects of this work, I only learned about the closing of the criminology school through the course of my research. This is noteworthy to me as a student of law and politics because this story seems to occur right at the intersection of the two. By closing the School of Criminology, the UC Berkeley administration utilized its political authority to suppress dissent directed at the legal system. Interestingly, while the school was effectively closed for its ideological leanings, much of the ‘threatening’ and ‘radical’ thinking happening decades ago in criminology has been foundational to my contemporary education in criminal justice. That these ideas live on today reflects the fact that there was never a direct or explicit effort to suppress them. Those who fought for the closing of the criminology school played a bureaucratic and avoidant political game, perhaps because they knew that their effort was indefensible within the university's goals. As such, it provides a helpful case study of the wielding of ignorance by authority as a means of political suppression. 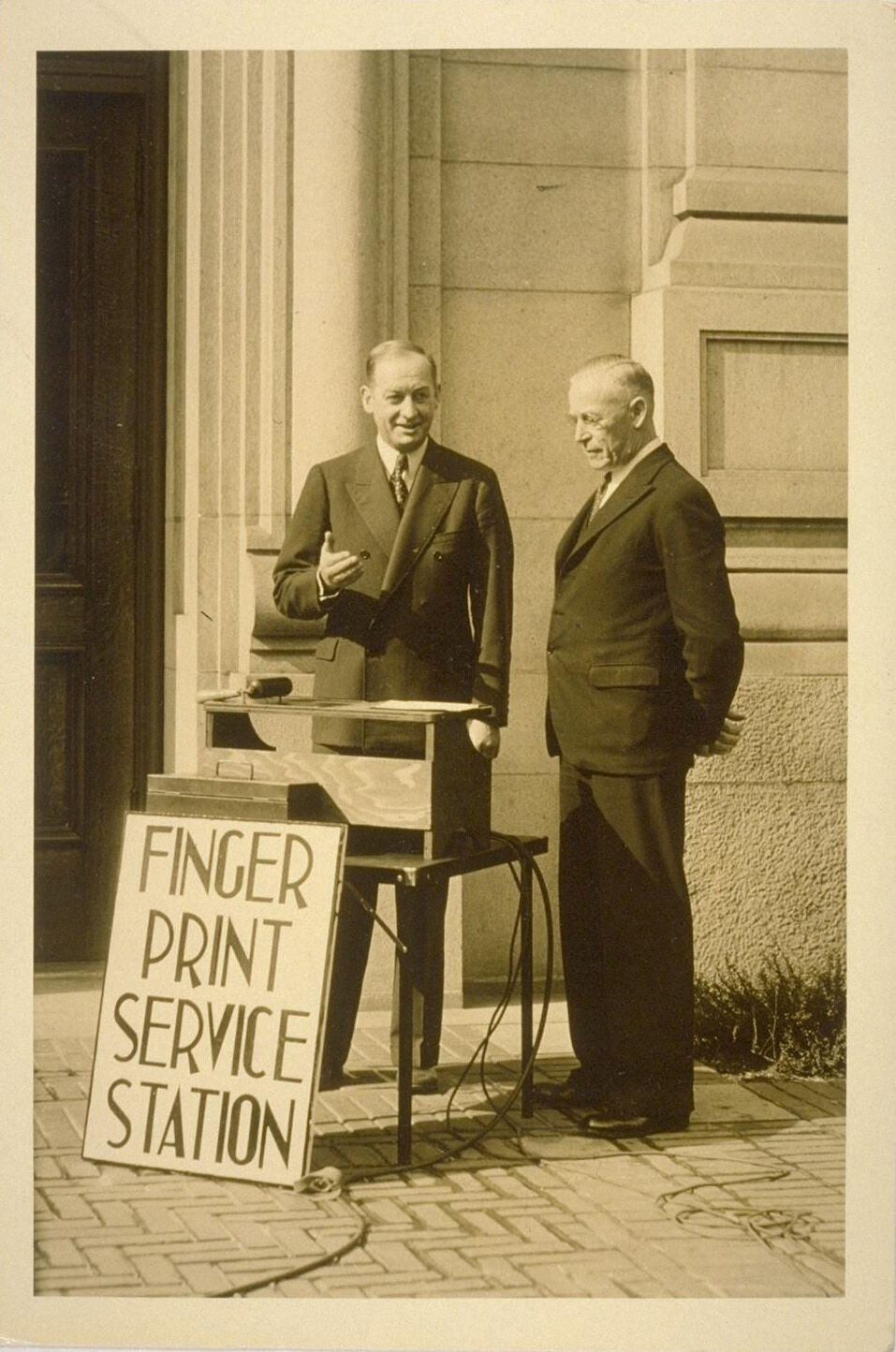 The School of Criminology was established in 1950, resulting from the efforts of August Vollmer. Vollmer was Berkeley’s chief of police from 1909 to 1923 and is often called the father of modern policing for his formative role in police reform throughout his career. The criminology school was largely intended to be a vocational school, aimed at better understanding how to address crime and encouraging the professionalization of police work. Towards the end of the 1950s, the school’s intellectual focus began to shift with the hiring of John Lohman. Lohman was chosen both for his intimate knowledge of law enforcement and for his exceptional academic pedigree as a sociologist. Under new leadership, sections of the school began to develop a conception of crime with its roots in societal structures rather than individual deviations from accepted behavioral standards.

This current within the school strengthened over time, creating tension between it and the ‘tough on crime’ political establishment. The school began to appear on the radar of officials such as then-governor Reagan and then-President Nixon (Schwendinger 11). It also lost legitimacy among law enforcement agencies which had historically supported its mission of professionalizing criminal justice (Bowker 16). By the start of the 1970s, sociopolitical upheaval in Berkeley (and the world) had pushed much of the criminology school far to the political left. Though John Lohman died in 1968, the school remained firmly grounded in pursuing a sociological understanding of crime. It was seen by many as embracing a Marxist lens, in which social problems are seen in material, political terms. Many criminology students and faculty upheld a view of crime grounded in the organization of society and government policy (73). They began to involve themselves in activism and advocated for local political issues such as community control of police (Schwendinger 133). This movement increasingly angered law enforcement officials and conservative politicians, who began to put pressure on the Berkeley administration to reform or remove the school.

In 1971, the University began to face budget problems and administration officials began to look for programs and departments to eliminate. It didn’t take long for newly appointed Chancellor Albert Bowker to settle on the criminology school. He organized a commission headed by Professor Allan Sindler, which recommended the school’s removal. In working towards this goal, Bowker would repeatedly invoke and rely upon the commission’s findings (Bowker 17). Through 1971 and 1972, the school saw systematic attacks on some of its more outspoken members. In response, students organized the Committee to Save the Criminology School (Schwendinger 217). The committee sought to prevent the school’s closing through petitions, rallies, marches, and demonstrations, as well as personal letters to administration officials and the UC regents. These efforts culminated in an on-campus protest march of over 1,000 demonstrators in May of 1974, opposing the threatened closing of the criminology school. To student and faculty supporters, the political nature of the conflict was clear. Then-president of the ASUC Richard Gallegos stated that the fact that the school was politically unpopular was clearly a result of its emphasis on the sociological causes of crime (73). 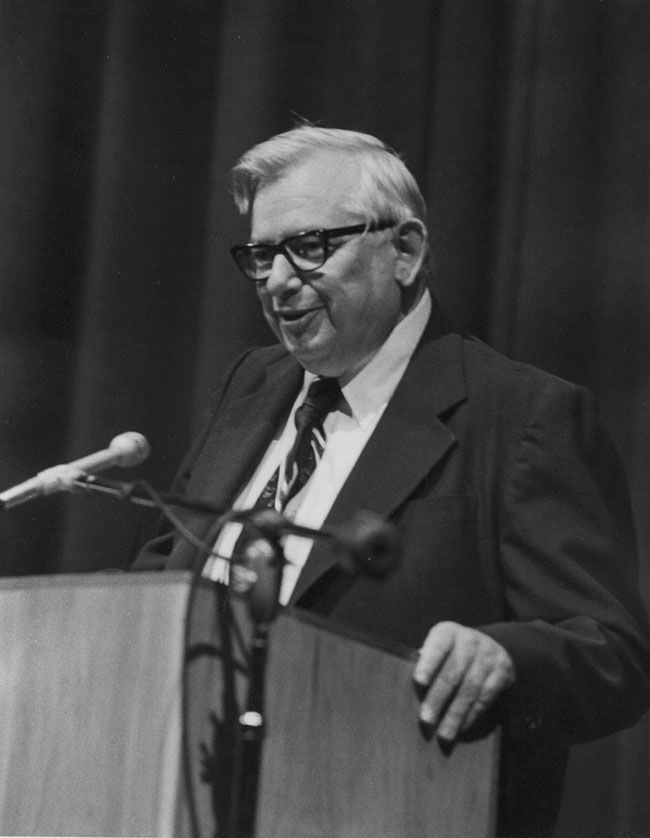 Nevertheless, the administration continued to ignore its students' opinions, as well as the politically charged nature of its decision. Chancellor Bowker finally declared the closing of the school on June 4, 1974, purposely releasing the announcement during summer and on election day (Bowker 17). That night, students occupied the school building at Haviland Hall for 14 hours, chanting and refusing to leave. The administration responded by sending in law enforcement to clear the protestors with shotguns and grenade launchers (Schwendinger 86). Though students generally left peacefully Bowker referred to the incident in private testimony as being “quite bloody,” and nonchalantly remarked that “sometimes you have to crack a few heads” (Bowker 17). The chancellor did not explore in this testimony why these students felt so inclined to put their bodies on the line for the school to remain open. Instead, he continued to rely on the supposed need for saving university funds, ignoring the political question that was clearly at the heart of the conflict for the school’s supporters.

The administration is certainly not solely responsible for this event. However, by obfuscating the administration’s decisive role and repeatedly citing external actors, Chancellor Bowker dishonestly deemphasized the driving forces of the conflict. By closing the school without ever directly engaging with the political struggle at hand over which solutions to crime could be explored, he effectively demonstrated the key conservative political tactic of misdirection. Official university statements from the time suggest every reason to close the school except those that explicitly invoked politics. They relied upon the budget, the lack of support, and the school’s reorientation away from professionalization and towards academia — a charge that could be levied against any of Berkeley’s professional schools (Schendinger 130). By utilizing legal violence to suppress pleas for open discourse, the university validated many of the criminology school’s criticisms of society, all the while insistently ignoring the larger political forces at play.

The closing of the criminology school did not mark the end of radical criminology or put a stop to sociological investigations of crime. Fortunately, these ideas continue to have a life within Berkeley classrooms and seem to be increasingly compelling to the legal and political scholars of my generation. Still, it was a setback indicative of a larger problem, specifically the one-sided political action that defines this study. As academics continue to push for attention toward politics and the importance of activism from within the ivory tower, the closing of the School of Criminology serves as a powerful lesson in tactics. The University relied on its ability to obfuscate around the political forces guiding its decision making. No direct confrontations with students and faculty forced the University away from this apolitical framing.

As student activists, we must be able to clearly articulate the political implications of our conflicts with authority. We must be clear-headed, persuasive, and persistent. We cannot allow decision makers to simultaneously act as if they are somehow both competent intellectual leaders and bureaucrats merely beholden to budget incentives and public opinion. We know better. Since the 1970s, much of the societal context around criminal justice reform has changed. There is a much greater and more widespread understanding of the sociological nature of crime, as there is a greater willingness to accept the fallibility of our legal system. Still, conservative messaging has evolved to account for this reality and so the challenge of keeping our leaders honest remains massive. We must remind ourselves of the importance of framing in political conflict, and of pursuing accountability for intellectual dishonesty from our leaders. If they will not admit what is going on, we must be ready and eager to point this out. We must vocally oppose narrow, apolitical framings of consequential decisions and compel our leaders to acknowledge the bigger picture over which they have control.