Appointing a Public Defender Through a Restorative Justice Lens

This post is one of a series of blog posts written by students in the Legal Studies course on Restorative Justice at UC Berkeley in the spring of 2021.

“My vision for the office amplifies the office’s core mission; it is to ensure that this office provides the highest quality of representation for the clients assigned to our care and becomes an engine for progressive systems change” - Mitchell

In early March of 2021, Cook County of Illinois was in the midst of appointing a new public defender. Mayor of Cook County and President of the Illinois Justice Project (ILJP), Toni Preckwinkle was to determine an individual to fill the role. Given the continuously emerging awareness of the problems with the criminal justice system, the appointment invited plenty of scrutiny. In the Chicago Sun Times, writer Cliff Nellis voiced the increasingly popular idea that a strong public defense is a crucial ingredient in mitigating the frequency and severity of police violence. The writer further adds that "Many are watching and hoping  the two candidates will be evaluated through a restorative justice lens." On March 9, 2021, Preckwinkle appointed Sharone Mitchell Jr. (pictured below) as Cook County's new public defender.

Mitchell began working as a defense attorney at the Cook County Public Defender's Office in 2010. However, he left this position in 2016 and became involved with the Illinois Justice Project where he served as a director until his recent appointment. The Illinois Justice Project is a progressive non-profit that supports policies and practices that aim to lessen violence and prison recidivism, as well as those that make the justice system less discriminatory.

His engagement with this organization led him to form the Coalition to End Money Bond. In this group, members are working towards the shared goal of ending the incarceration of individuals who do not have the capacity to pay for bail. Mitchell was also able to help fund groups that attempt to treat the underlying trauma of individuals who find themselves entangled within the criminal justice system by redirecting revenues from the taxation of cannabis. The depth of Mitchell's past work made him a strong candidate for the office of public defender, but the nature of his work was what made him stand out as a solid choice for progressive reformers. Mitchell made it through all the rounds of interviews that Preckwinkle conducted along with a selection committee. The committee relied upon, among other things, the public's opinion, through surveys and outreach.

Having a strong public defense system would be a step in the right direction in regards to putting an end to police violence and an unjust criminal justice system. Nellis describes a strong public defense as attorneys and social providers who work together to tend to a person as a whole. Like restorative justice practices, this team would not just work with their clients, but as well as their families and communities. They will prioritize healing for all parties involved. They will also be skilled in "case management, street outreach, mental and behavioral health, restorative justice and violence prevention."

A public defender of a strong public defense team would aim to avoid accepting objectionable plea deals that arise. They should work towards doing all that is possible to bring their clients to a place of improvement, negotiate appropriate plea deals, and look beyond the surface and attack the root of violence. They will willingly perform their own investigations and obtain proof of support from others that will help their client avoid the traditional punishment, that of incarceration, and instead proceed through the restorative justice route. Though these attributes are a tall order of any new leader, Mitchell appears as qualified as any to embody them. He referred to his recommendation for office as "the honor of a lifetime." 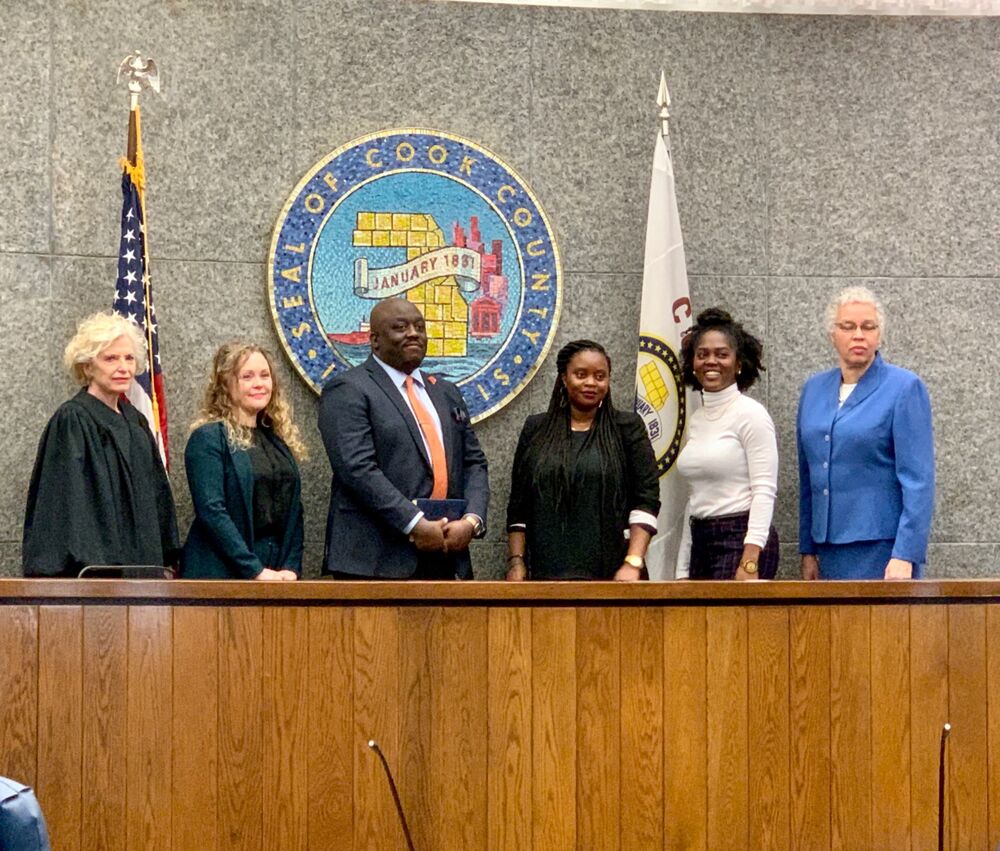 Systemic problems are unlikely to be resolved by lone actors. As Mitchell joins the small but growing number of progressive public defenders in major American cities, the jury is out on whether these individuals will be able to overcome the massive barriers that stand in the way of meaningful change to criminal justice outcomes. Nevertheless, the appointment of a public defender with a background like that of Mitchell's reveals the growing understanding among city officials that our current paradigms around crime and crime prevention are not effective and worthy of updating. And for Cook County, Mitchell's appointment demonstrates a willingness to engage with this truth and perhaps a positive sign for policies to come.

Previous Donate to Big Give -- March 12th!
Next Advocates for Change