Introduction to The History Of Political Suppression on UC Berkeley Campus

This post is the first installment of a seven part series on the history of political action and suppression at UC Berkeley that will be released throughout the spring and summer of 2022.

UC Berkeley has a reputation for being exceedingly political, as well as dogmatically progressive. Though there is truth to it, I have found this perception to be reductive. In reality, political thought across campus seems to be defined by many of the same features that shape our national discourse. Outside of social science classes, students are mostly hesitant to make their political opinions known. There is a higher than average occurrence of political and social action, but the vast majority of students make no effort to involve themself in the politics on or around campus. Indeed, while plenty of Cal students are engaged in activism, there are many more who are uninterested in, or tired of, the political. They may be openly reactionary or simply keeping their head down and earning a degree. UC Berkeley is, after all, an elite university. Berkeley clearly has an inspiring culture of social justice and community service, but it exists alongside many students’ limited political knowledge and deep commitments to their personal financial interests.

I am not denying that Berkeley leans left by any number of metrics. However, I think it’s important to remember that Berkeley is neither monolithic nor removed from the larger pressures and patterns that define our political world. This shouldn’t surprise us. There is something to be said for institutional knowledge, but the school population is far too diverse to be ideologically homogeneous. Moreover, the University as an organization is beholden to powerful governing structures for its existence. Indeed, ‘UC Berkeley’ is not a single entity and does not hold a singular and consistent political agenda. So what is it about Berkeley that drives its radical-leftist reputation and what resolves the paradox between Berkeley students’ radicalism and political normalcy? This is a difficult question and I don’t claim to have an easy answer. However, by exploring the history of some of the largest conflicts on Berkeley campus, I hope to go some length in explaining the political dynamics on campus, how they’ve evolved over time, and perhaps where they are likely to go. 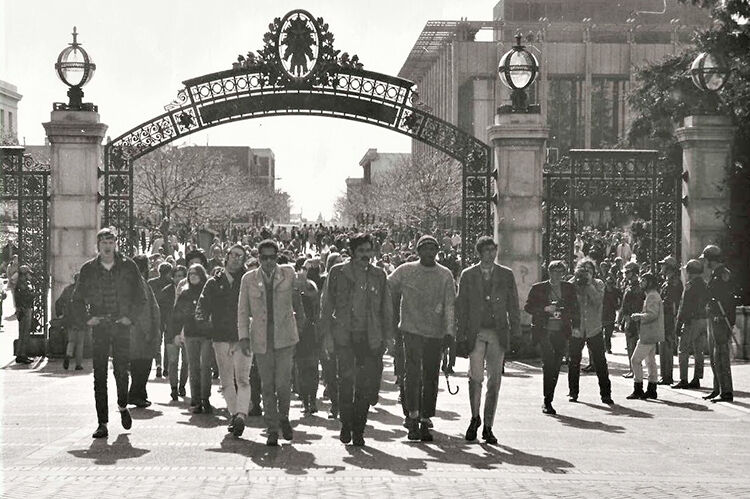 This will not be a comprehensive review of notable political action on campus, although I hope it would be helpful in producing one eventually. The 1960s in particular saw a number of notable social movements and I regret to leave out of my analysis several interesting events that have arisen then and since. I chose to investigate five political conflicts spread throughout the campus’ modern history. They are the Free Speech Movement (1964-65), The People’s Park Protests (1969-present), The Closing of the School of Criminology (1974), The Termination of Affirmative Action (1994-1995), and The Occupy Cal Movement (2011).

These historical conflicts are diverse in terms of substance but are united by several key features that allow us to reasonably draw comparisons between them, as well as assess continuity and change over time. Each entails direct student action, broader political relevance, public protests, open dialogue between university administration and activists, and violence carried out by law enforcement. Importantly, the presence of mass harms to students serves as the basis for a key component of this project: truth and reconciliation. It is tempting to read the histories of these conflicts and walk away with the idea that Berkeley’s radical left reputation reflects only the actions of those students and faculty who have struggled against a conservative administration. There are those who believe that the administration has consistently defended hierarchical power and has falsely appropriated the progressive reputation that has been won against its unjust policies. I find this picture compelling, but I prefer a story that is somewhat more complex.

The disastrous history of political action on Berkeley campus reveals a key pattern of poor communication. The administration has repeatedly resorted to violence in its failed negotiations with students, and it's important to understand why. One reason is that it holds a variety of interests and incentives. The UC Berkeley administration’s position at any given time reflects ideological and political commitments to a number of entities including its students, its faculty, the city of Berkeley, the Regents of the University of California,  and the State of California. These stakeholders’ interests are often juxtaposed, putting the decision makers of the University administration into difficult positions. In our world, conflicts of interest are typically mediated by power dynamics, and so have they largely been here. Thinking restoratively, finding this reality to be the fault of the administration would not be constructive. We gain far more from being open about the salient complexities and the dynamic nature of the University’s interests.

Accompanying my project which is obviously a political one, I aim to be politically open. I have biases and they may show but I will always strive to deliver analysis that is grounded in factual realities and not assumptions. I also have no wish to be guarded about my political opinions and do not think this negates the value of this project. As my work relates largely to the issue of political speech and suppression, I wish to acknowledge the understandable but misguided perspective that Berkeley’s current free speech battleground surrounds the silencing of conservative opinions. I have empathy for this perspective. I also do not think it would be productive to attempt to disprove the idea here because doing so would require addressing a multitude of different assumptions. Still, in the effort of being transparent about my thought process, I would like to explain what I see as the fundamental distinctions between the events I chose and the recent conflicts around conservative speakers. 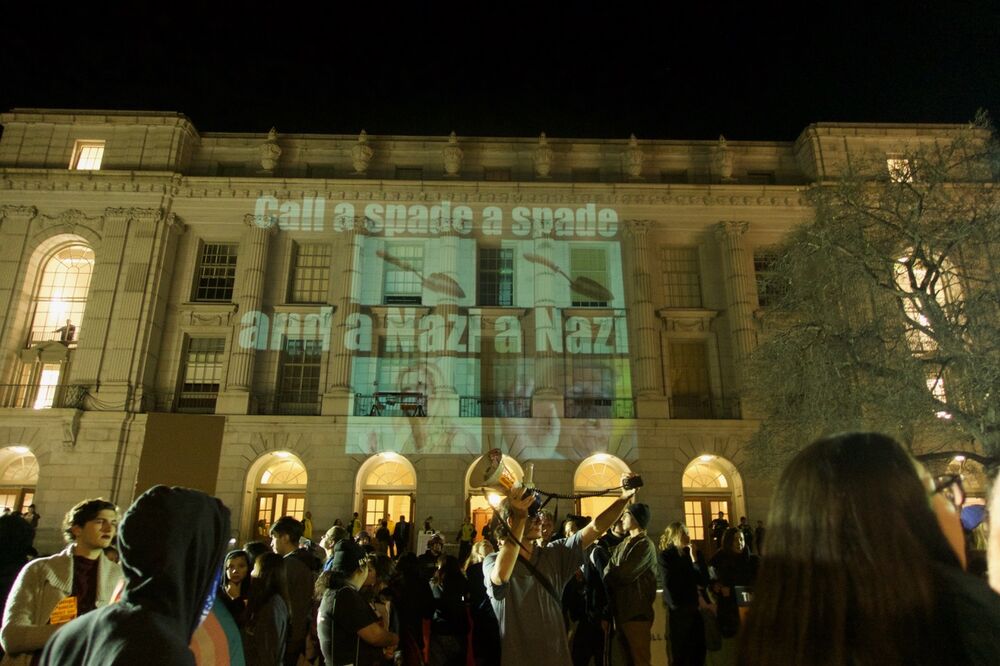 One is that the university administration is not responsible for the student protests around the speeches of individuals such as Ben Shapiro, Milo Yiannopoulos, and Ann Coulter. The conflict in these cases isn’t between student and state but between two juxtaposed political perspectives within the student body. Secondly, these conservative pundits aren’t advocating for political action or change. Their speeches are reactionary in nature and defined by the spreading of fear and distrust. While the students who stood behind People’s Park and the Occupy Movement appear intent on promoting original, constructive, and seldom heard perspectives, the speeches that were ‘shouted down’ by Berkeley students appear primarily intended to make people angry and frustrated. Unfortunately, they were effective. Events like these are not relevant to a conversation about political suppression on the Berkeley campus.

The struggles I analyze are direct confrontations between students and the administration over policies around which neither side felt that they could compromise. None appears especially likely to erupt in violence any time soon, but they are all struggles that live with us as students. They shape how we view our campus, the kinds of opportunities we have, and even the kinds of people ‘we’ are. They are conflicts that would very much benefit from being formally revisited as their political scars stand to be reopened at any time, revealing the same structures that have historically forestalled change. We must understand these dynamics to navigate them successfully. Yes, Berkeley is a deeply political campus, full of provocative and radical thinking. But it is also a massive, bureaucratic organization that has to keep money flowing into its bank accounts. Most importantly, it is run by humans — humans who may have their own agendas but who primarily want to keep their names out of the news headlines and be able to sleep at night. This is a dimension of campus politics we cannot forget. Our University history is an interesting one, and these stories are quite entertaining and engaging beyond their political implications. I hope you find this project compelling enough that you will read on.

All research for this project was performed by RJ Center intern Jonathan Dombro and utilized University archives and transcripts, as well as historical newspapers. If you have interests or concerns about the content of this research and presentation, please reach out to jfdombro@berkeley.edu