This post is the sixth installment of a seven part series on the history of political action and suppression at UC Berkeley that will be released throughout the spring and summer of 2022. 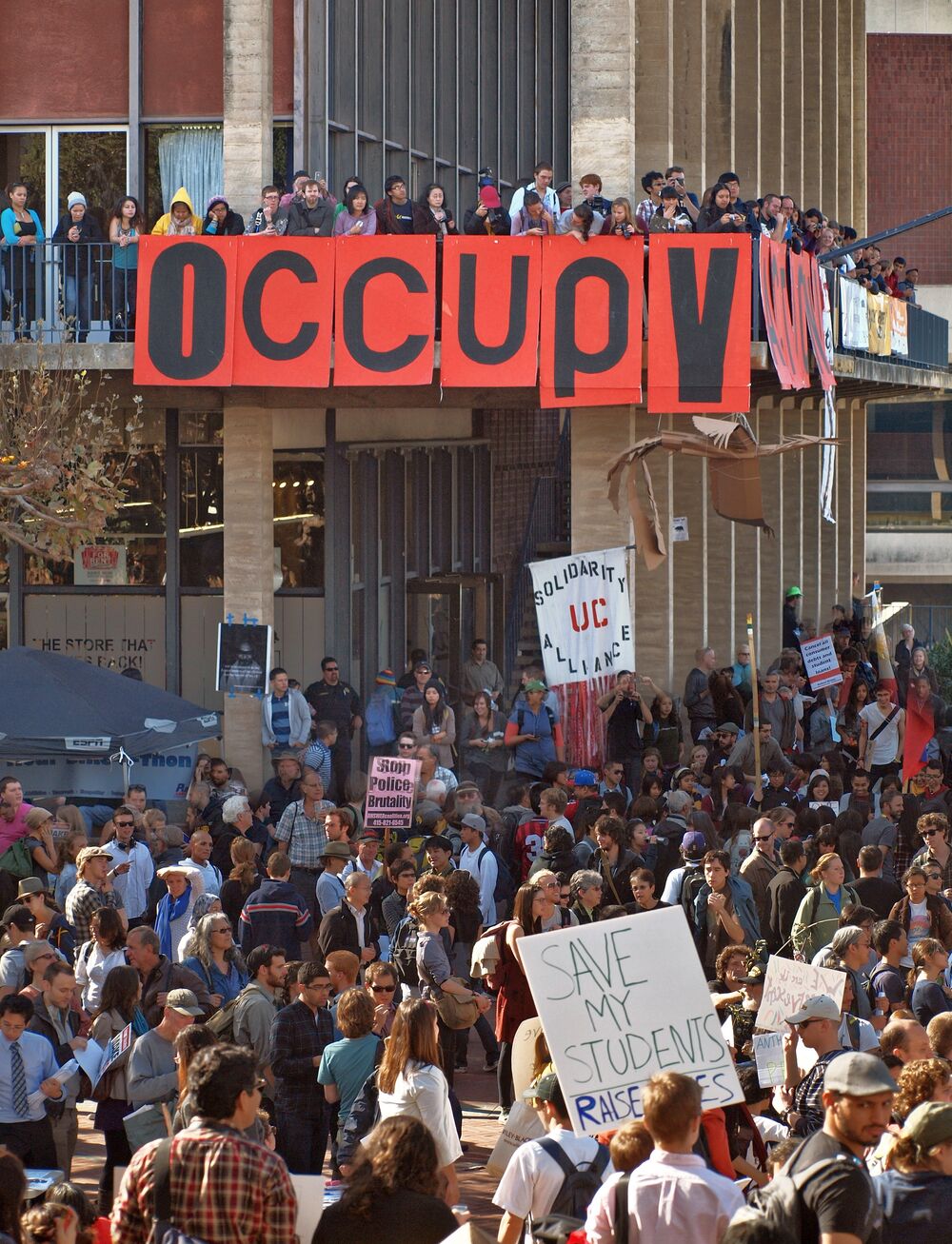 Many current students were taught growing up that if we wanted to earn the same living standards as our parents, we would need to go to college. Unfortunately, while college remains a positive predictor of wealth, it is a more costly and less profitable investment every year.  This threatening trend has not gone unnoticed by UC students. In 2011, when the UC Regents voted to enact substantial increases in tuition, students were willing to protest the move. That this timing coincided with the nationwide Occupy movement made abundantly clear what the fighting was about. Still, the UC persisted and has continued to raise the tuition through today. The structure of funding in higher education has remained much the same, with a growing burden on individual students and their families. The Occupy Cal Movement demonstrated a sentiment that our education system had become completely unfair to those from lower socioeconomic backgrounds, as well as an understanding that the decisions to keep it that way are consistently made by people from higher socioeconomic backgrounds. It unexpectedly failed to stop the larger politico-economic forces behind the UC’s tuition increases. Still, it established a clear connection between the issue of rising education costs and the greater struggle for a free society.

In 2009, UC in-state tuition surpassed 10,000 for the first time, inciting a barrage of protests across the UC campuses. In 2011, when the regents voted to increase tuition above the amount of state funds allocated to each student, tensions again erupted on campus, now bolstered by the larger Occupy movement. Students sought to raise awareness about the potential 81 percent increase in tuition over the next four years and pressure the University to stop the increases. The Occupy Cal Movement was planned from October 10th to 15th, kicked off by a day of action on November 9th, and followed by protesting directly at the upcoming Regents meeting on the 16th and 17th. All of these actions were supported by the ASUC, Cal’s student government. On Wednesday November 9th, over 1,000 students participated in walkouts and demonstrations on campus. They constructed tents across Sproul Plaza, establishing an encampment under the Occupy Cal banner over warnings given by the University administration.

The University Administration did not sit idly during the planning of these events. Instead, it pursued a strategy of misdirection. Comments from administrators such as then-Vice Chancellor for Student Affairs Harry Le Grande and Campus Spokesperson Janet Gilmore nominally affirmed that the students’ cause was important and asserted that the campus would be discussing the rising cost of education. However, in the same comments, they expressed that an encampment was an improper, unsafe, and illegal means of reaching this goal. The University made clear that if students organized in the way they planned, law enforcement would be sent in to break up the protests. To the students, such a limitation was ridiculous because it would make sure there was no real disruption, and administrators would have no impetus to pursue policy changes with any sense of urgency. Students feared their calls would be swept under the rug and over a decade later, these fears have been validated. The University has continued to raise costs without making any clear movements in the direction of changing the funding structure of public education. 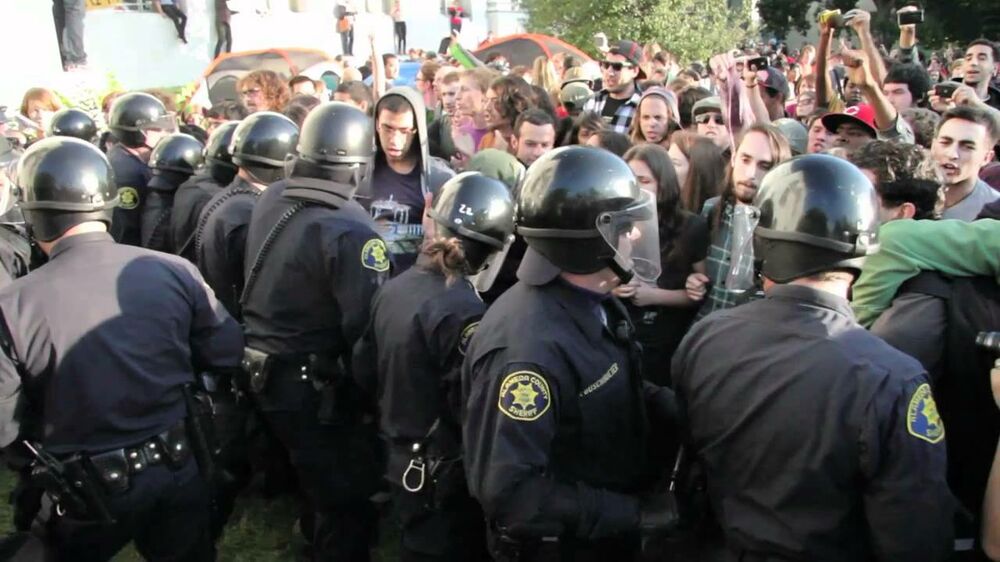 Once the encampment was established on Sproul, it was quickly set upon by police. Officers first arrived at 3:30 and returned at 9:30 to confiscate the tents. At that time, students linked arms and formed a circle around the encampment. Officers responded with violence, battering through the students with batons, injuring and arresting dozens of demonstrators. Nevertheless, police and administrators blamed the students. Officers like UCPD's Margot Bennet asserted that the police had orders to clear the encampment and by preventing them from doing so, the students were violent instigators, rather than victims of police brutality.

In a frightening reminder of the Free Speech Movement and People’s Park Protests, the University defined an arbitrary line that it felt Occupy protestors could not cross, and determined action beyond that point necessitated political suppression. The framing of Occupy Cal as a good cause with improper methods creates a sort of catch-22 that has often been invoked in describing the Black Lives Matter Protests. When protestors maintain utmost civility and comply with the established rules for discourse, they are ignored because powerful actors such as the University administration can engage in bureaucratic avoidance. If protestors seek to disrupt the current system and pursue political discourse on their own terms, they are called out for their apparently improper action and dismissed, even if their means of protest cause no clear or imminent threat to public safety. Either way, the status quo is maintained.

At this point, many students were upset and overwhelmed by what they saw as excessive and destructive violence from law enforcement. They were also frustrated by a campus administration that nominally affirmed civil disobedience but gladly sent in the hounds if students failed to comply with their rules for protest. With their tents confiscated, the encampment was disbanded. On top of this loss of momentum, students learned Monday morning that the Regents had rescheduled their meeting, citing threats to public safety. Students were quick to call out this move, accusing the Regents of being frightened of dealing directly with students. Indeed, it is hard not to feel that the postponement twisted the recent police violence enacted upon the student protestors as a way to justify suppressing the protests that were planned for the meeting. Regardless, the meeting would not be held. 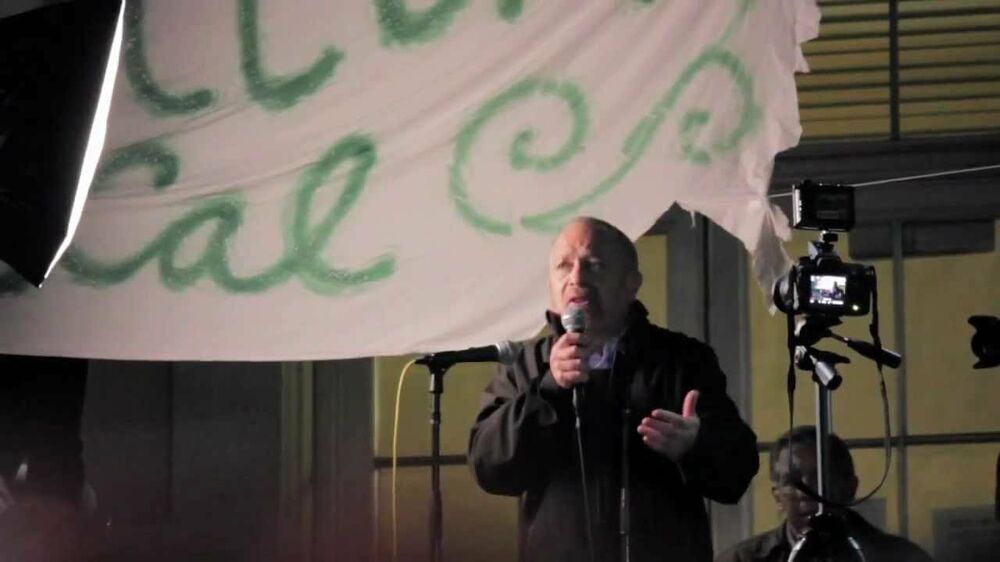 Nevertheless, students, faculty, and other activists continued to participate in demonstrations, culminating in a massive general strike and day of action the following Tuesday on November 15th. Eventually thousands of students and faculty held walkouts and teachouts, relocating their daily activities to Sproul Plaza. Seemingly reinvigorated, the Occupy Cal general assembly voted to pursue a public forum with educators and state officials, to send a letter to the UC and CSU administrations, and to reestablish the encampment on Sproul. At 8:30 pm, Robert Reich delivered a stirring lecture on freedom of speech to a crowd of 3,500. Following the speech, students set up tents and reestablished the encampment. With law enforcement now fearful of more negative attention, the police merely monitored the encampment for two nights. Then, at 3:30am on Thursday, November 17th police arrived in riot gear, making two arrests and clearing the protestors.

With energy for the movement dissipating, the University easily avoided engaging openly with Occupy Cal. Then-Vice-Chancellor for Equity and Inclusion Gibor Basri did facilitate a meeting with three participants of the movement. However, many students felt that what was really necessary was a meeting with the general assembly. These representatives, in the difficult position of speaking for thousands, were ultimately unsuccessful at obtaining a larger forum. Following this meeting, then-State Senator Kevin De Leon requested a meeting with Chancellor Birgenau on Sproul Plaza. De Leon challenged the Chancellor to do something about the rising cost of education and propose specific strategies to improve the future of higher education. However, the campus declined the offer and the two met privately, out of view of campus stakeholders. 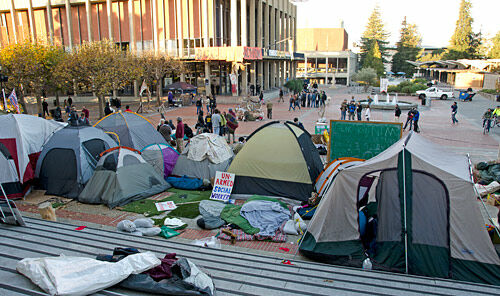 After this point, the Occupy Cal movement had lost most of its opportunity to create change. Though dedicated students continued their political efforts into the Spring Semester, the widespread passion required to challenge the powerful political forces at play was gone. It is easy to dismiss Occupy Cal as another failed social movement that lacked conviction or concrete goals, but this portrayal doesn’t hold up to historical review. The protestors had a fairly clear vision for what they wanted to see change. They wanted the University to stop increasing its costs, and use its influence within government to increase state funding for education. And it presented a powerful new critique borne from the Occupy movement: even though administrators and educators theoretically share the goal of reducing education costs, many top officials are so vested in the status quo, in the establishment, and in their share of wealth and power in government that they have very little incentive or willingness to pursue this goal with any real vigor.

The Occupy Cal general assembly attempted to put meaningful pressure on the Berkeley administration, but by utilizing its own policy restrictions on civil disobedience, the University used the familiar tactic of citing improper conduct to enact violence and uphold the status quo. Though these instances of police brutality were investigated by the university and prompted the Governor to review police guidelines on use of force, no officers were held accountable. This feels unsurprising, but it cannot be overstated how damaging it is to political discourse and progress when protestors peacefully demonstrating for change can be violently suppressed by police without consequence. On top of this, University administrators showed no willingness to engage with the general assembly or its demands. Rather than properly emphasizing the obscene reality of underfunded colleges, administrators paid lip service to the issue and did what they could to mitigate the pressure for change imposed by students. The UC Regents canceled their meeting, preventing students from using the public forum to speak their truth directly to those in the juncture of education and state politics. The one meeting that Berkeley administrators agreed to hold with a state official was pushed behind closed doors for unstated reasons.

We cannot access an alternate reality where the University sought in good faith to negotiate with students, where it responded empathetically and, instead of shutting up the students, used its massive leverage within the political establishment to push for increased funding for education. Nevertheless, pursuing a future of progress demands us to hold the university accountable for what it did do. We cannot take for granted that the administration is doing its best to lower education costs while the status quo of increasingly privately funded higher education remains the same. We are on a dark path, with a frightening trajectory. By reflecting on the history of Occupy Cal, and its eventual failure at compelling the school to engage with its political goals, we are reminded about the importance of concentrated pressure, properly sustained. Eventually, if we are to ever wrestle higher education back into the public realm, Universities will have to come to task on this issue and seek new arrangements with their governments. When that occurs, holding University officials accountable will necessitate understanding the political incentives and strategies that upset the Occupy Cal Movement.